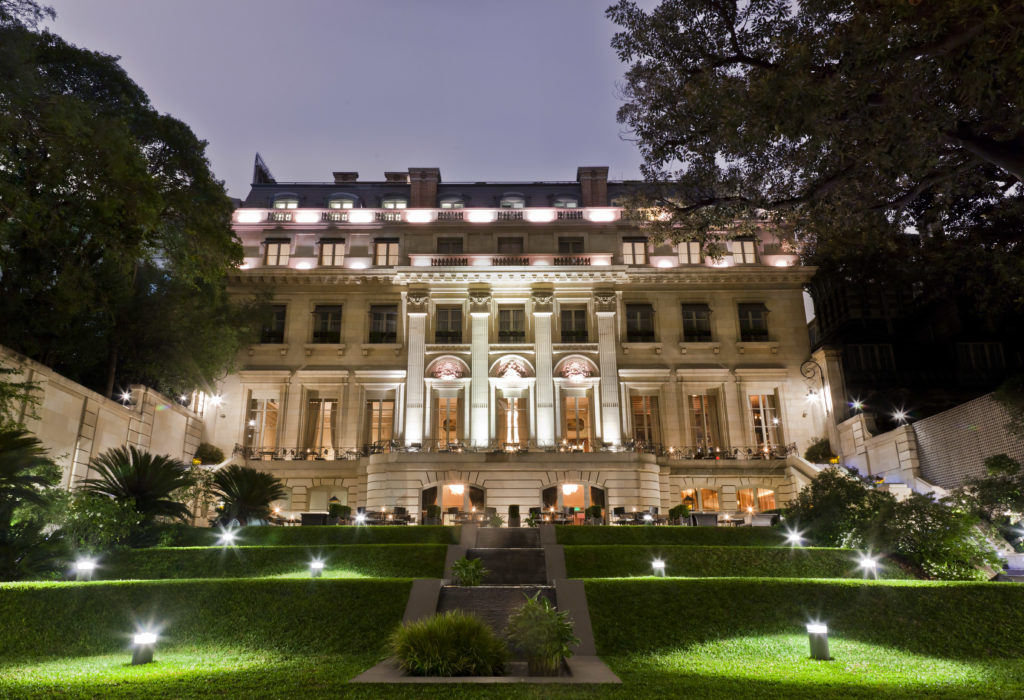 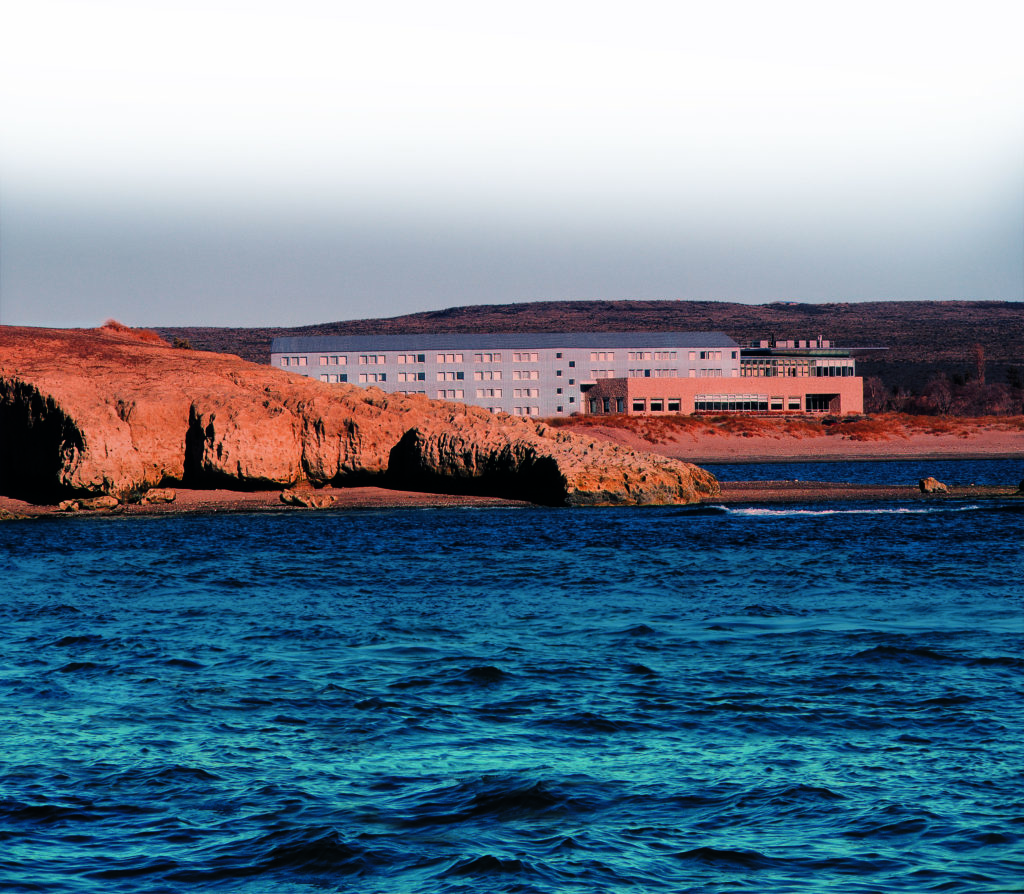 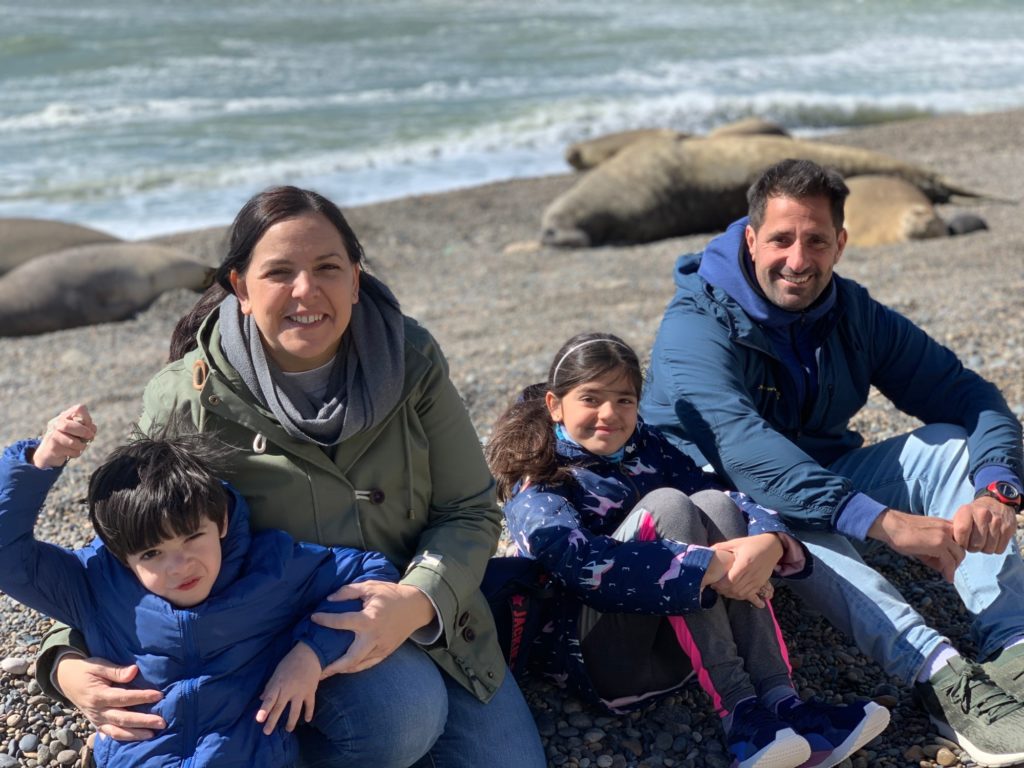 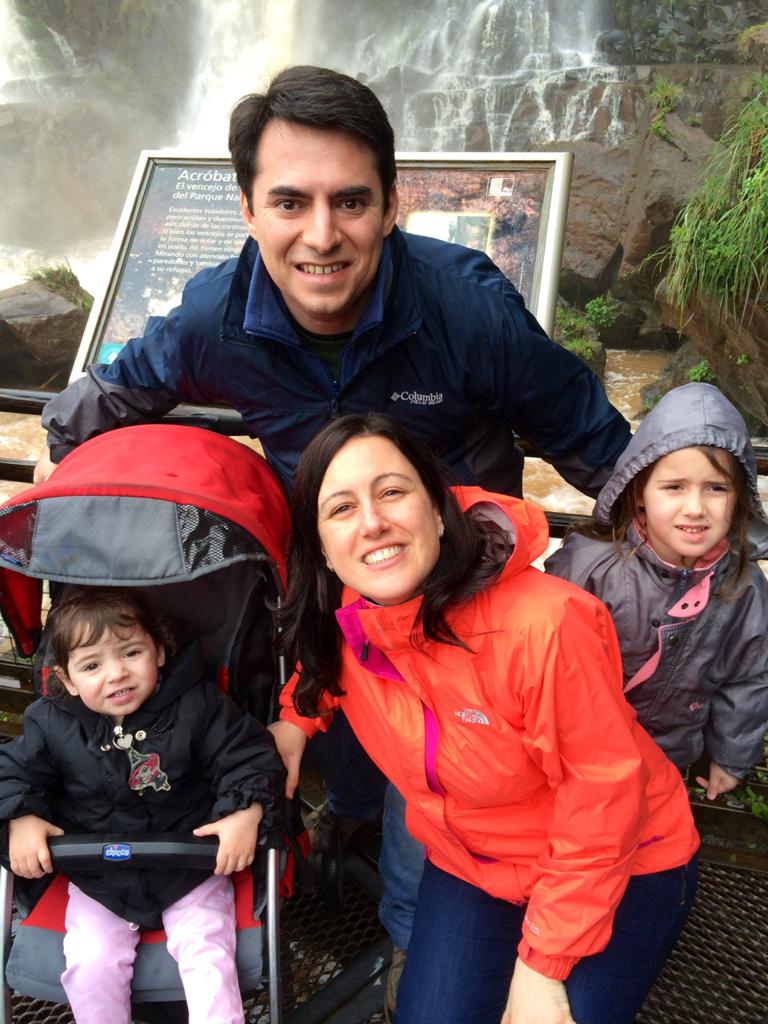 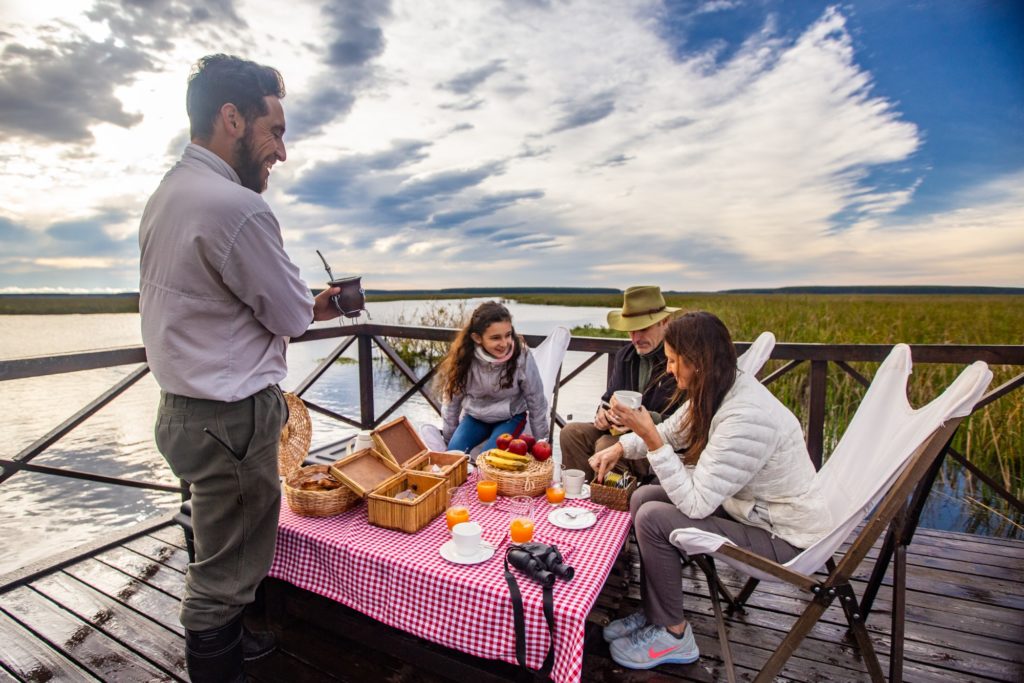 Argentina is a land of contrasts that never ceases to amaze. The many natural wonders are breathtaking and marvellously unspoiled. Subtropical rainforests and spectacular waterfalls in Iguazu, the immense Perito Moreno Glacier, the sparkling lakes and rolling green hills of the Lake District, salt flats and cloud forest jungle near Salta, whales basking in the bay at Peninsula Valdes, and of course the miles of gaucho (cowboy) filled Estancia country for which Argentina is so famous. The combination of all this natural beauty, together with one of the most buzzing and cosmopolitan capitals in South America, delightful colonial towns, a luxurious wine region and a population of friendly and welcoming people you really can’t go wrong with a trip to Argentina. It truly has something for everyone.

You will begin your trip in the vibrant capital of Argentina, Buenos Aires, dubbed the ‘Paris of the South’. Spend your days taking in plenty of history, beautiful architecture and green spaces.

You then fly south to Puerto Madryn, where you will get the chance to do some whale watching.

Fly out to Iberá Wetlands, to visit this great National park home to a great diversity of flora and fauna, on of the best places to observe wild animals.

Then on a land transfer to see one of the the new modern wonders of the world, Iguazu Waterfalls. During your stay in Puerto Iguazu you will have the time to visit the falls on both the Argentinean and Brazilian side of the falls which offer two completely different and amazing perspectives.

You will conclude the trip at the outskirts of Buenos Aires in an Estancia, where you will just relax and do some ranch and farm related activities.

You will be met at Ezeiza Airport by one of our great English-speaking guides who will escort you in your private car to your hotel in the center of the city.

Buenos Aires is a cosmopolitan, dynamic & generous city. It offers a rich cultural, historic and architectural heritage built by generations of Spanish, Italians, Germans, Russians and many other immigrants. The “porteños” are stylish, urban and friendly people who get the most out of their city. Buenos Aires is a blend of Tango, coffee stores, theatres, antiques, arts & crafts markets, museums, gallery nights, and gastronomic delights.

During Day 2 you will be having a private service with specialist birding guide exploring the city’s largest and most biodiverse green space.

The reserve opens at 8:00hs and close its doors at 19:00hs in spring and summer.  Remember that the reserve normally closes in rainy days, but it’s possible to take a view from outside for a couple of hours (good but less safe). The tour will take approx. 4 hours of easy walks. It is recommended you bring insect repellent and sun cream.

You will be met at your hotel by your private driver and taken to the airport for your internal flight to Puerto Madryn.

Upon Arrival you will be met and taken by private transfer to your hotel for the next 2 nights.

In the northern area of Patagonia, along the vast, dry, treeless plateau of the coast, you will find a wonderful array of marine life, birds and Patagonian wildlife such as Guanacos, Rheas, Patagonian hares and armadillos.
From June to the beginning of December you may find hundreds of whales (Ballena Franca) in the Golfo Nuevo, where they mate and give birth. And from September to March, Punta Tombo reserve houses penguins and chicks who are here to breed.
Gaiman, a small town, with old brick houses was built by the Welsh who settled two centuries ago, today it hosts the annual Eistedifod (Welsh Festival of Arts) in October.

Day 4 will be a full day excursion (approximately 10 hours) to Peninsula Valdes in private service with English speaking guide.

During Southern Right Whale’s season, from June to December, it is possible from Puerto Pirámides during the tour to take the whale-watching tour in modern embarkations. This small town has some restaurants which offer international menu and seafood. During this shared navigation lifejackets and capes are provided. The whale-watching tour takes between 1 hour and a half and 2 hours. This depends on the distance where the whales are situated.

This tour includes National Park entrance fee and it does not include lunch. 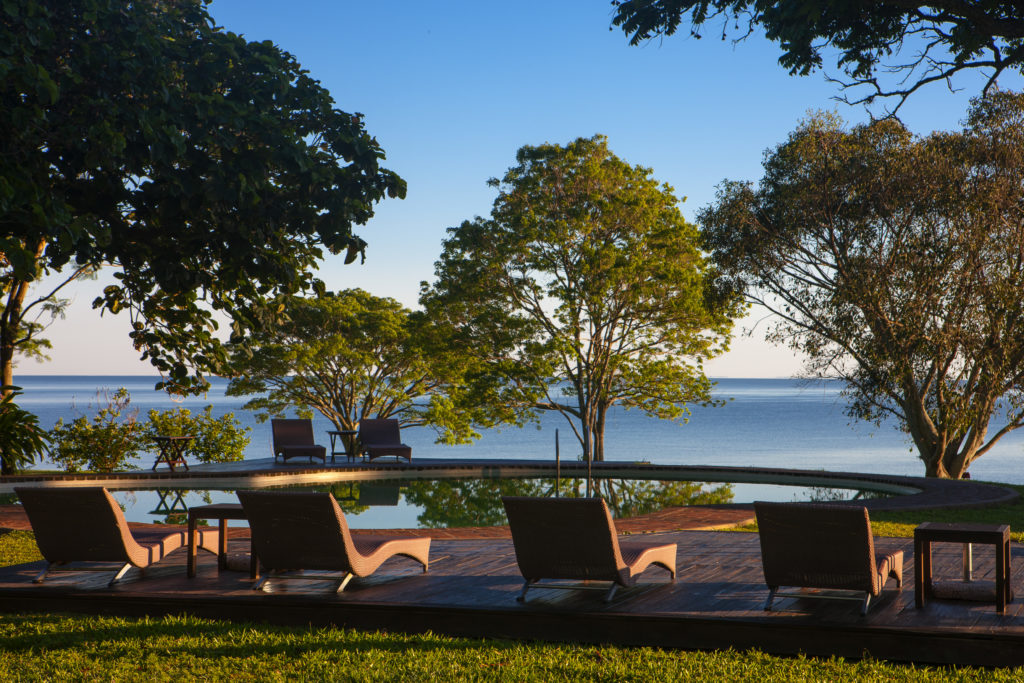 You will be met at your hotel by your private driver and taken to the airport for your internal flight to Posadas.

Upon Arrival you will be met and taken by shared transfer to your hotel for the next 3 nights.

This humid zone of 700,000 hectares can be reached from Posadas or Mercedes. It is a perfect destination to combine with Iguazú. “Ibera” means “Shining water” in Guarani. The lagoons cover 31,500 hectares, the marshlands 52,000 and the inlands 260,000. This eco-system which gives life to turtles, yacares (caimans), monkeys, swamp deer, capybaras -the largest rodent in the world- and up to 400 bird species, besides an extraordinary flora, extends over one million hectares.

These days 6 & 7 will be at leisure to enjoy the experiences provided by the Lodge you are staying. 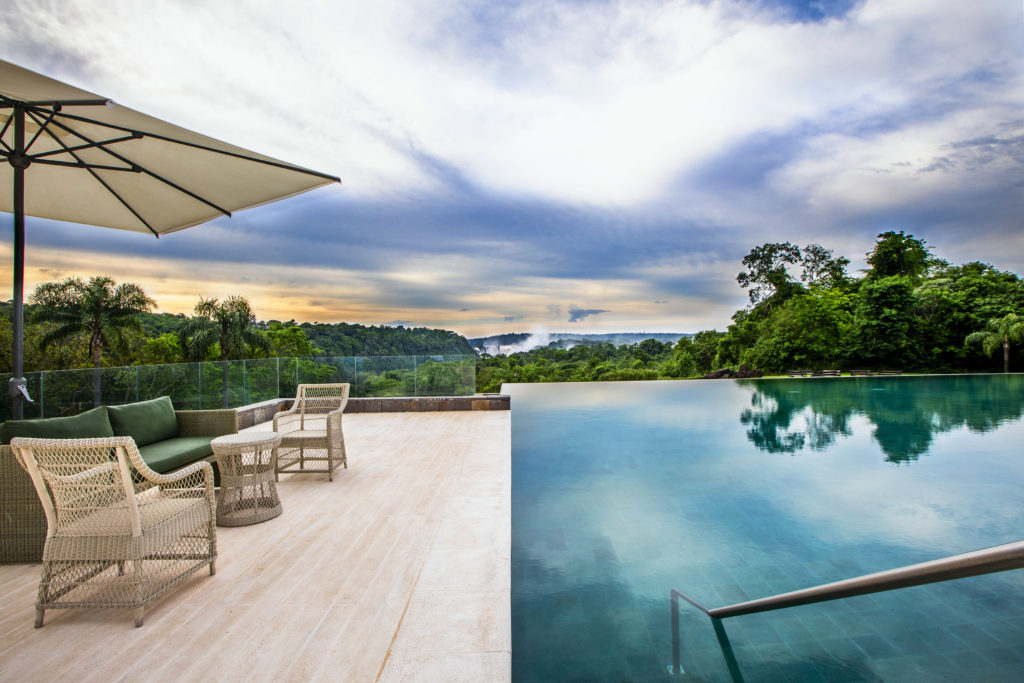 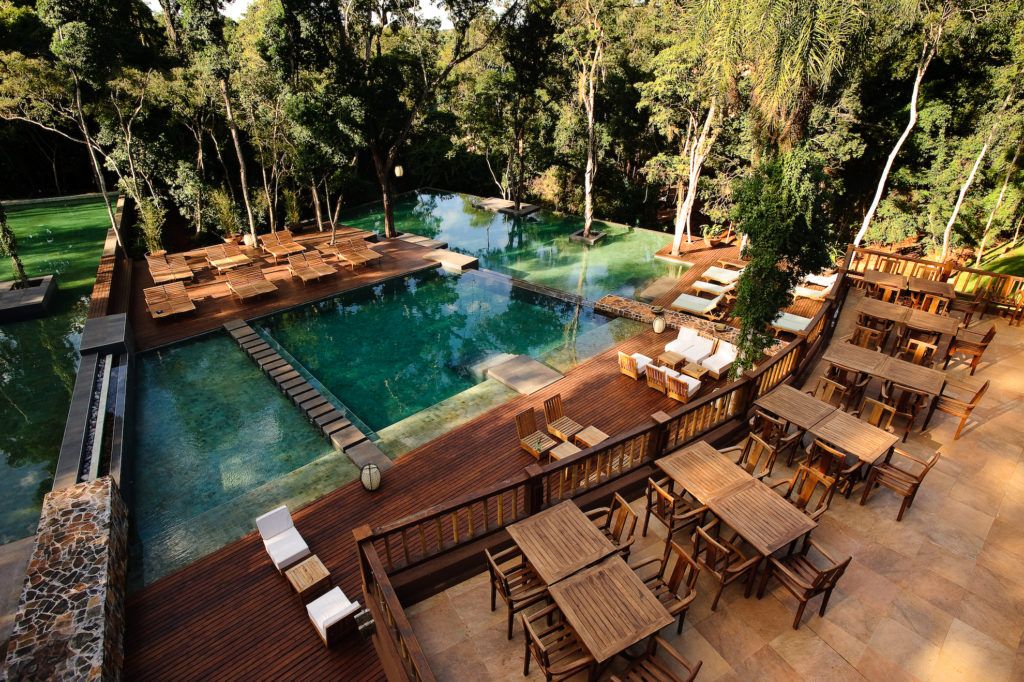 You will be met at your hotel by your private driver guide and taken to Iguazú by land transfer, while visiting some Jesuitic ruins on the way.

The letter “i” in Guarani means “water” and “guazu” means “big”. The Iguazu Falls are the most breath-taking waterfalls in South America. Perpetual rainbows, hundreds if butterflies, immense green jungle and the energy of the falling water will leave you lost for words.Argentina shares the falls with Brazil, and though you can visit them from either side, they are closer from the Argentine side, whilst you will have the best panoramic view from Brazilian side. The falls can be visited all year round!

Full day excursion into the Argentinean side of the falls

This private tour with English speaking guide will be provided on Day 9 of this trip. This tour includes the 3 circuits in Argentina: Lower Circuit, Upper Circuit and Devil’s Throat Gorge. You will enjoy travelling between these points on the Green Train – a circuit of ecological trains snaking through the jungle and along the riverside so you can access of the catwalks and different sections of the Park in eco-comfort.

This tour includes entrance fee to the Argentine side of the park but does not include lunch. The approximate duration of the experience is 7 hours.

Half day excursion into the Brazilian falls

At Day 10 you will experience a private excursion with English speaking guide. Whilst the Argentine side is about getting up close and personal to the thundering waters Brazilian side of the Falls offers a spectacular panoramic view.

This tour includes entrance fee and it has an approximate duration of 3 hours. 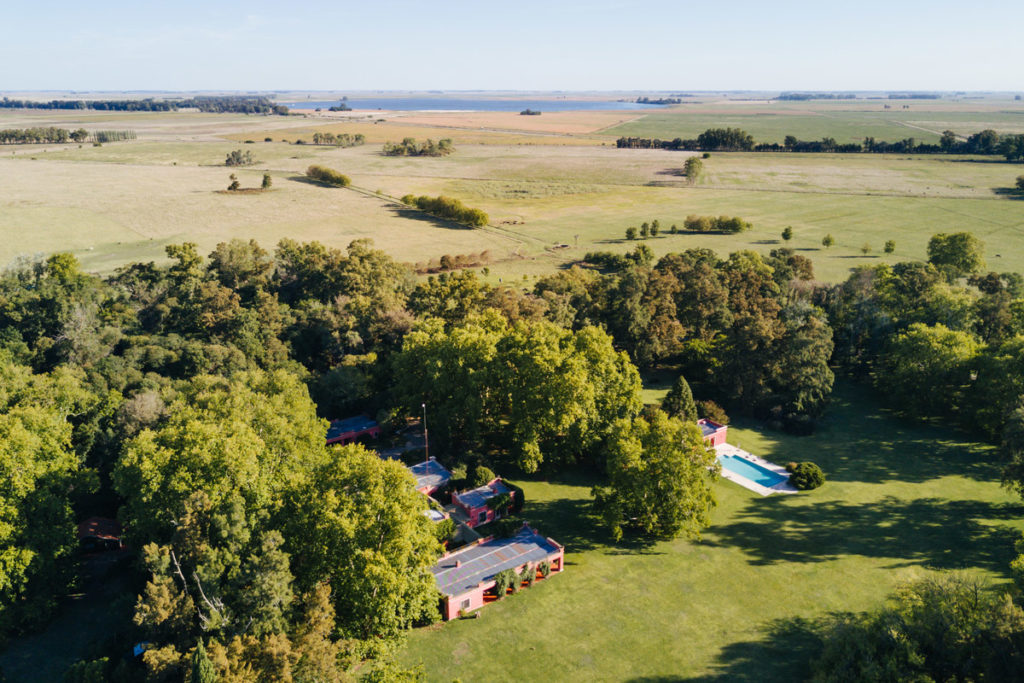 You will be met at your hotel by your private driver and taken to the airport for your internal flight to Buenos Aires.

Upon Arrival you will be met and taken by private transfer to your Estancia for the next 2 nights.

In the outskirts of Gran Buenos Aires, there are many Estancias, extensive ranches with farmed and cattle land with traditional houses. Most of these Estancias are attended by their owners, who show guests a taste of real traditional Argentine life.
Many Estancias offer horse riding, some polo, while others allow participation in activities related to cattle and farming. All of them will surprise you with a delicious and authentic “asado” (barbecue). Estancias can be visited on a day trip or for a couple of nights stay from the entire region and can be visited on a full day excursion.

These are days at leisure to enjoy the experiences provided by the Estancia you are staying.

At Day 13 you will be picked up at the estancia to be transferred to the airport for your flight home.

Validity: From September 15th Until April 30th 2021. This program is subject to availability and it is NOT valid for special dates/National Holidays in Argentina. Flight information may affect the rates of the transfers according to the airport they are arriving/departing.

You will be met upon arrival, by your private driver guide holding a sign that has your name on it