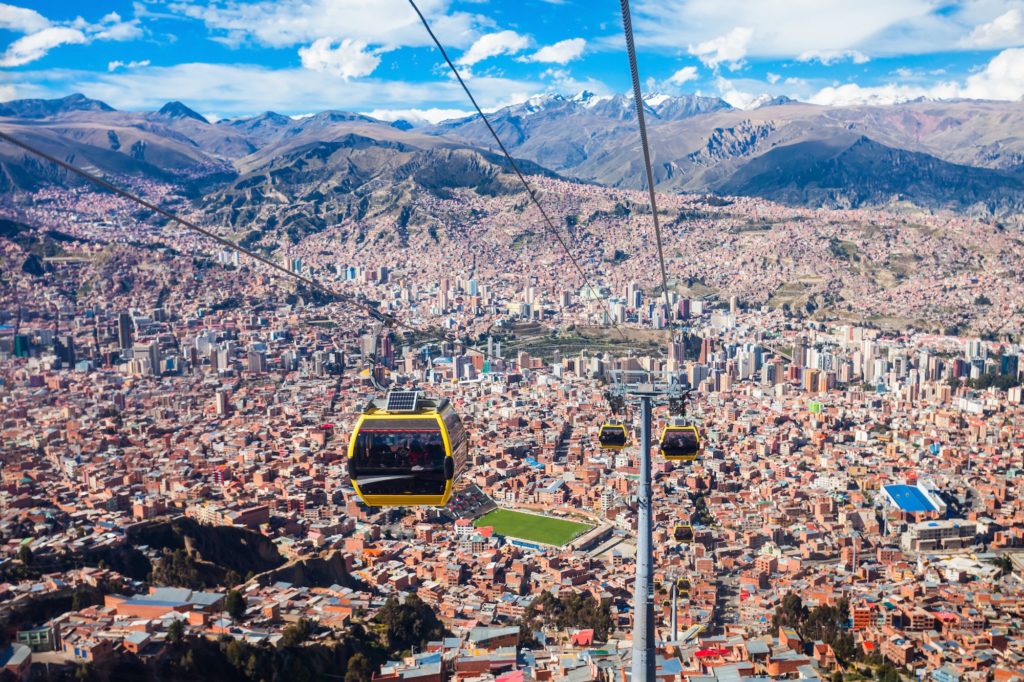 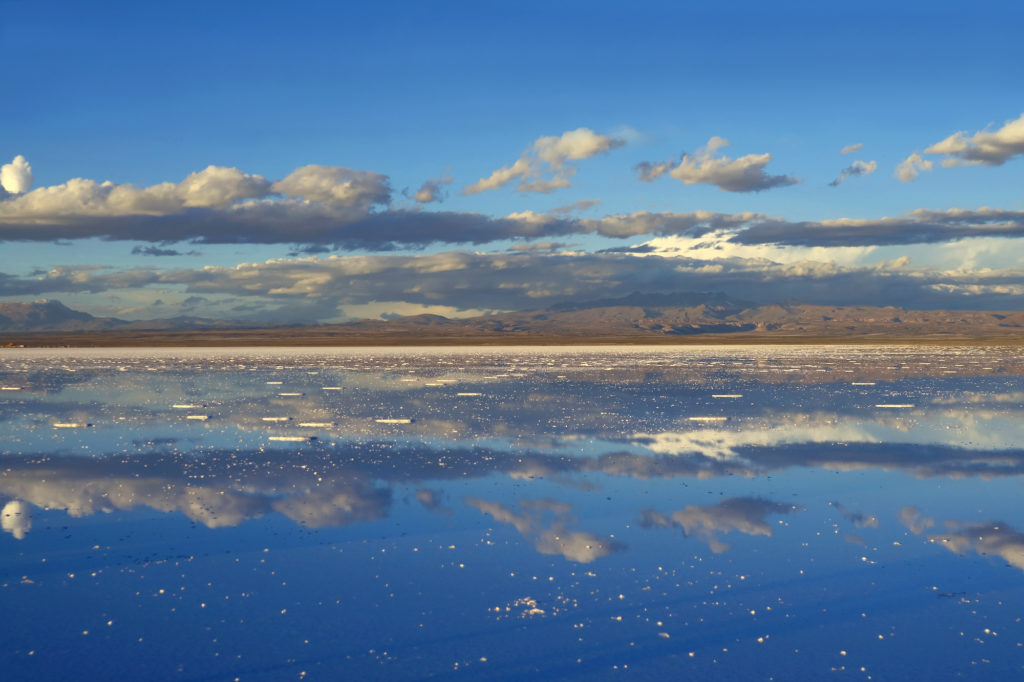 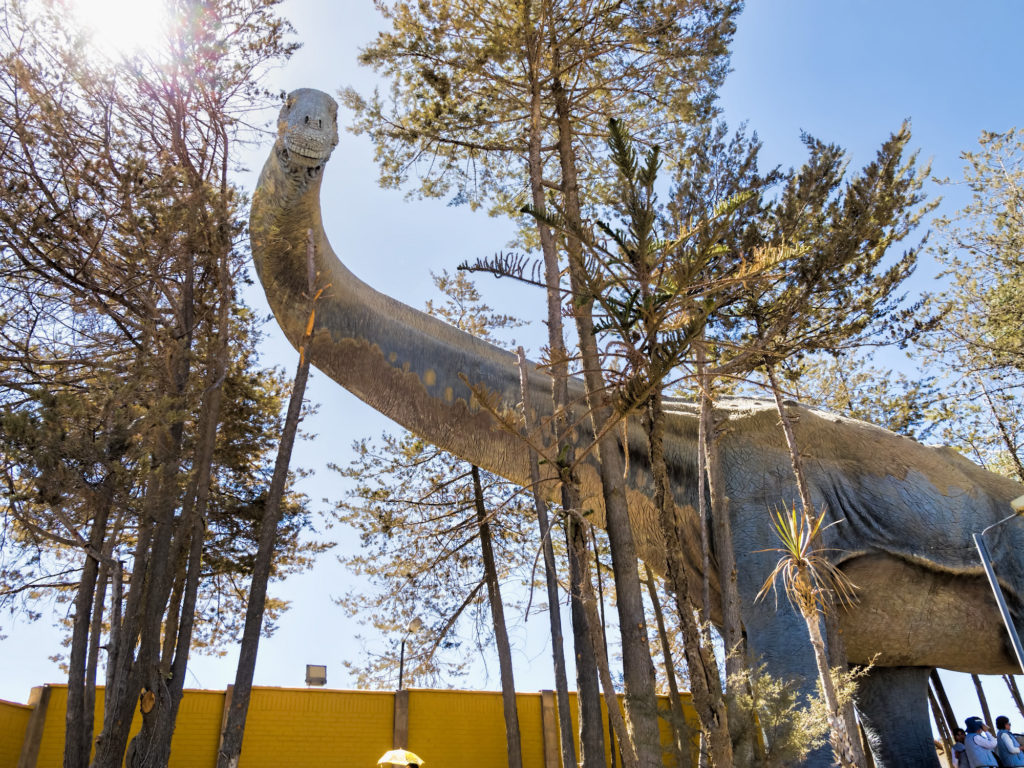 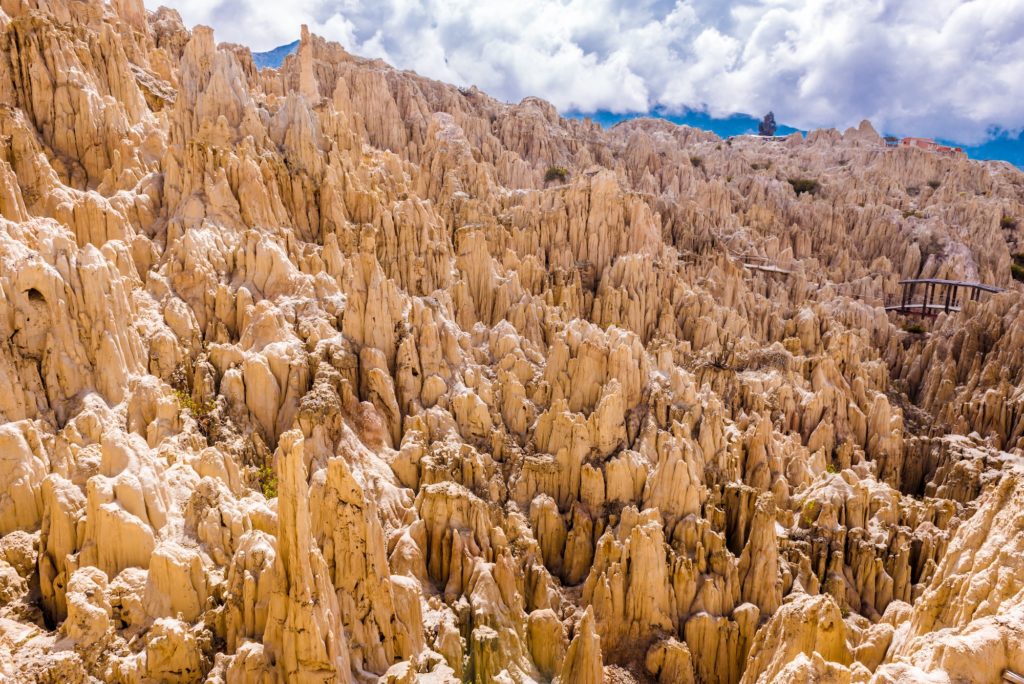 Bolivia is a nation renwoned for its diversity, culture and history. It’s natural beauty is unique and unlike any other nation, with the Andes, the Atacama Desert and even the rainforest all lying within its borders. It is because of this that it makes an incredible family destination. On this trip you and your family will explore urban landscapes such as La Paz, you will take in the wonderment of Bolivia’s natural sites such as the salt flats and volcanos, but you will also experience engaging activities such as visiting Cretactic Park where you will be able to see footprints of dinosaurs. On this trip, all members of your family are sure to enjoy the diversity and beauty of Bolivia.

La Paz is the sprawling capital of Bolivia. Contained at an altitude of 3,650 m.a.s.l. within a bowl surrounded by Altiplano mountains. The “Teleferico” (cable car) route is the world’s longest urban example, perfect for snapping shots of the steep canyon terrain. Day trips include the ancient Tiwanaku ruins, the mysterious Moon Valley, the Witches’ Market, a museum/cathedral tour, and the perfectly safe, very scenic “Death Road” biking experience.

Chuquisaca is formed by uncountable tempered valleys and settled by diverse colorful hamlets dedicated to textile production since ancient times. Sucre is the department’s capitals and also the constitutional capital of Bolivia.

Humankind Cultural and Natural Heritage, the base of “Sumaj Orcko” (Beautiful Mountain) was worshiper by Andean cultures as a sacred “Waca” (Totem) since immemorial times. In the 16th century the Spanish conquerors took huge amounts of silver from this mountain and founded a city at its foot.

Lake Titicaca is the mass of water located in the altiplanic plateau of the central Andes more imposing. Located at an altitude of 3,820m and a surface area of 8,562 km2. Lake Titicaca is shared with Peru, by chance of history, the Bolivian capital is only 2 hours and 158 km away. Actually the lake is not uniform, but to the contrary it has two bodies of water whose separation is in the Straits of Tiquina. 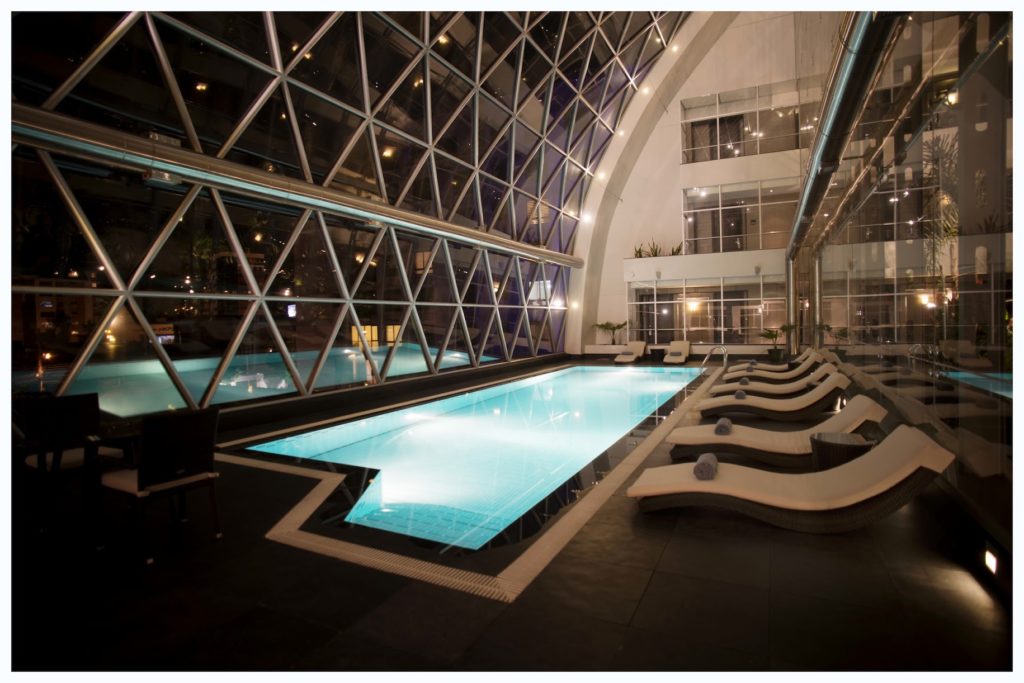 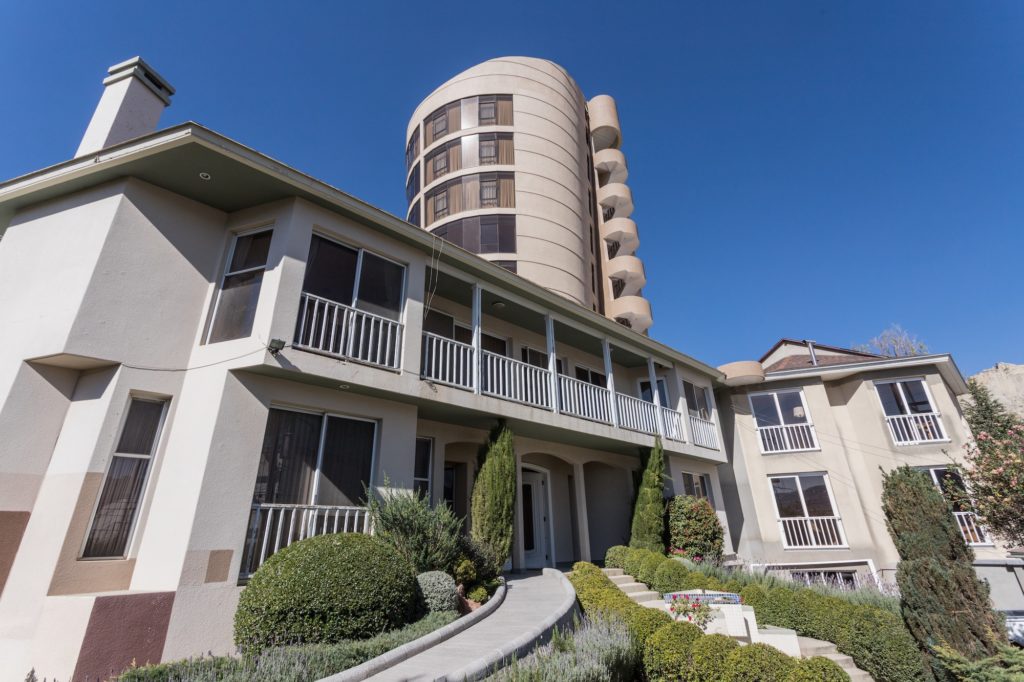 Upon arrival at El Alto International Airport, take a private transfer to your selected hotel in La Paz. This is one of the highest Airports in the world with an altitude at 4060 meters above the seal level (13,323 feet), situated above the Bolivian capital the city of La Paz.

The next day begins with a city tour of La Paz and the area.

The city tour is the perfect way for you and your family to explore La Paz and take in its experiences. “Nuesta Señora de La Paz” is a city and municipality in Western Bolivia, capital of the department of La Paz, Bolivia’s seat of Government and the legislatures and executives. The city was founded in 1548 and the centre of the city is located on an altitude of approximately 3600 meters.

Pick up at your accommodation in La Paz, you will visit the city centre and the most important sights. One of the first sights is “Plaza Murillo”, where the Bolivian Government is based. Here, you will visit the immense Cathedral and Presidential Palace known as the Burnt Palace due to its near destruction in 1875 during an uprising. After leaving the square you will head to the next stop.

Continuing to the famous Witches Market, where you can be intrigued by the fascinating products on sale. Then, visit the famous colonial street “Calle Jaén” where a few interesting museums are clustered together: the Museum of Musical Instruments, the Museum of Precious Metals and the Museum of Customs.
Entrance to the museums are included, although they are Closed on Mondays and not available on Saturdays & Sundays in the afternoons.

You will also be driven to Killi Killi viewpoint, which gives you the opportunity to see the city 360 degrees around. Afterwards, drive to the cable car station (teleferico) an innovative cable car system from where we will enjoy breath taking views of the city. You will receive an included lunch at Oberland restaurant.

The last stop on the tour is Moon Valley, a place where the erosion has caused stony forms, giving the sensation to be in a real lunar environment. 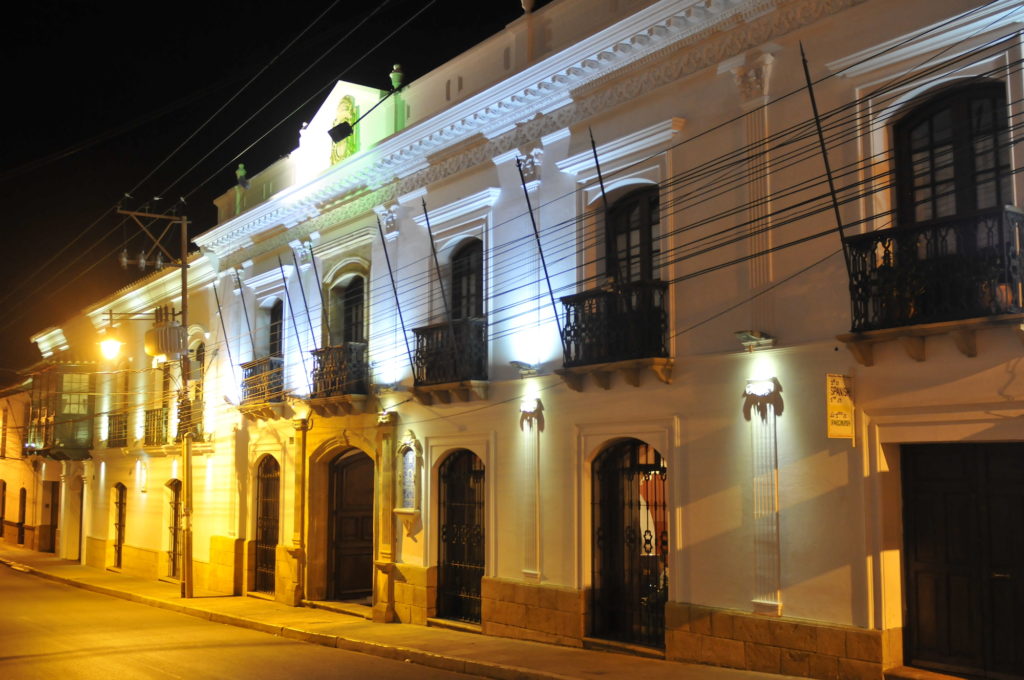 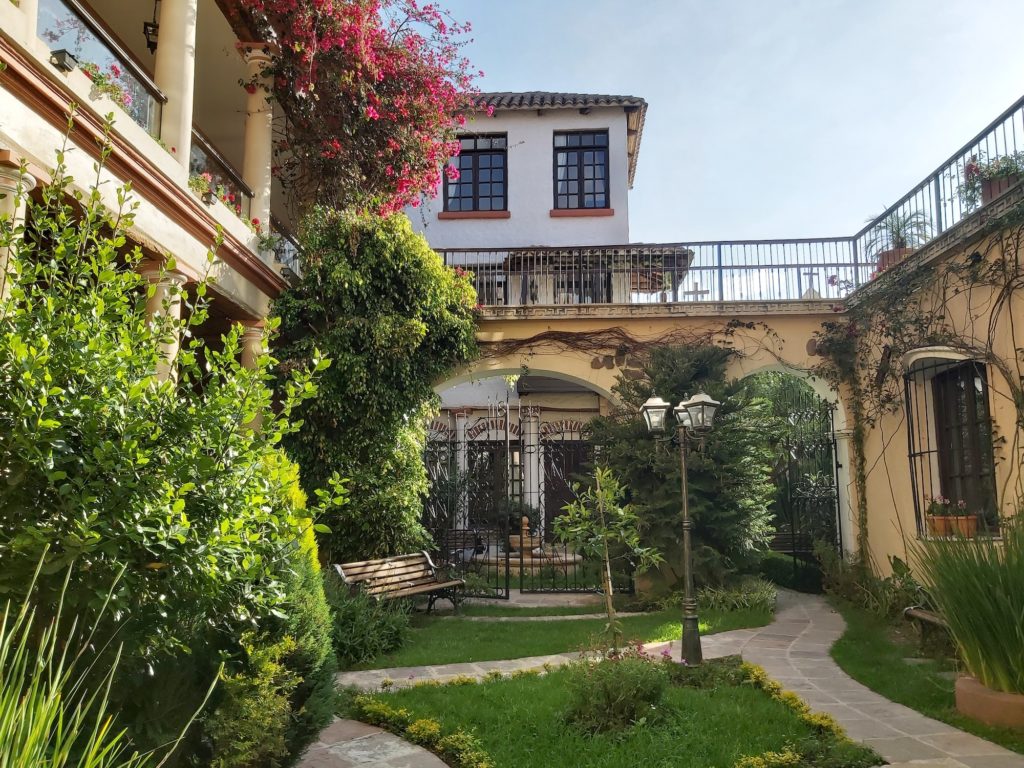 Private transfer from your hotel to El Alto International Airport. From here you will fly to Sucre Aiport. Domestic flight not included.

Upon arrival at Sucre Airport, a private transfer will take you to your selected hotel.

Day 4 begins with a trip into Sucre.

After pickup from your accommodation, you will enjoy the Sucre City tour. During the tour, you appreciate the old town, which is recognized as a UNESCO World Heritage. You will visit “La Casa de la Libertad” where the first government signed the Act of Independence of Bolivia, the Recoleta viewpoint, where an old Franciscan monastery is located, San Felipe de Nery Church, Bolivar Park and other historic monuments.

Depending on your preference two museums may be visited, Sucre has a wide range of museums, that all focus on different topics. Absolute must sees are “La Casa de la Libertad”, the Museum of Indigenous Art and the Museum of Treasure, which goes in details about the mining industry of Bolivia and the minerals and metals that are mined. This tour gives the opportunity to know the city and all its aspects.

The day ends drop off at your accommodation in Sucre. 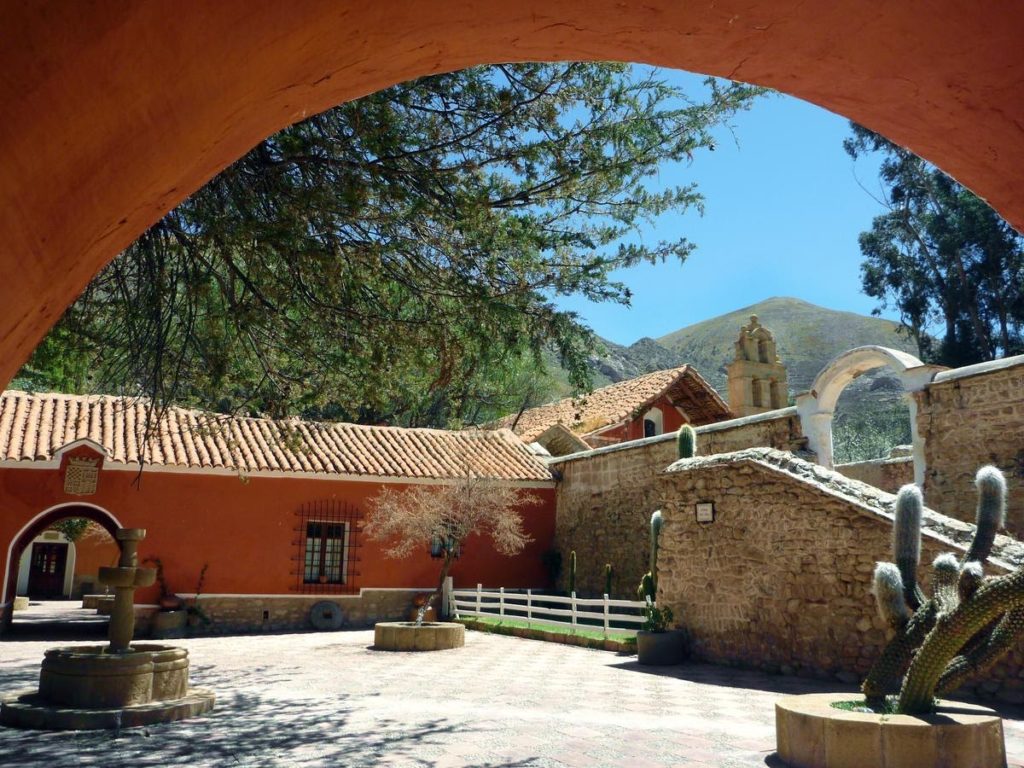 A few minutes from the city of Sucre, is the largest deposit of dinosaur footprints in the world, an exciting day for kids and the whole family. The imposing cliff of Cal Orck’o (hill of lime) reveals secrets of various species of these fabulous animals, disappeared 68 million years ago.

The CRETACTIC PARK is a unique complex that offers the possibility of knowing one of the best natural scenarios showing three important factors in paleontology, the migration of animals, extinction of these dinosaurs and the limit between the Mesozoic and Tertiary era. In this park you can find replicas of flora and fauna of the last period of the dinosaurs that existed in South America, elaborated on a real scale by expert sculptors under the scientific direction of paleontologists, among the most outstanding sculptures they have the impressive titanosaurus of 36 meters long and 18 meters high, and also have a replica of an ankylosaurus battleship whose footprints have been discovered for the first time in South America in the Fachallon of Cal Orck’o, other impressive replicas are the famous tiranosaurio rex, carnotauro, ceratopsio and other species of herbivores, carnivores, reptiles and amphibians of the Cretaceous period.

Drop off at your accommodation at the end of the tour where you will stay the night. 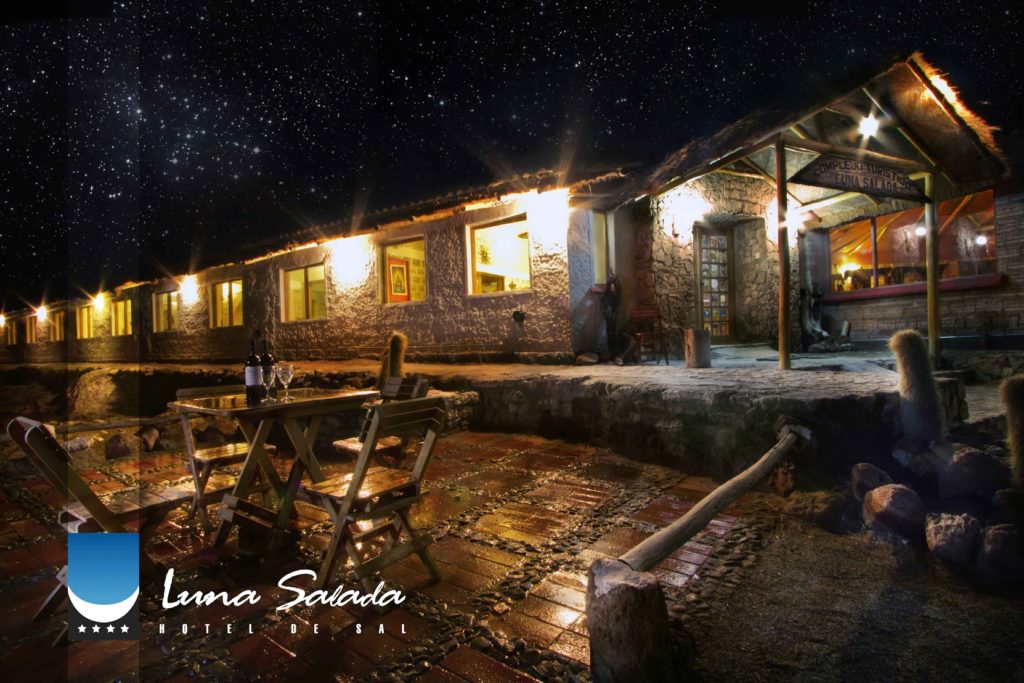 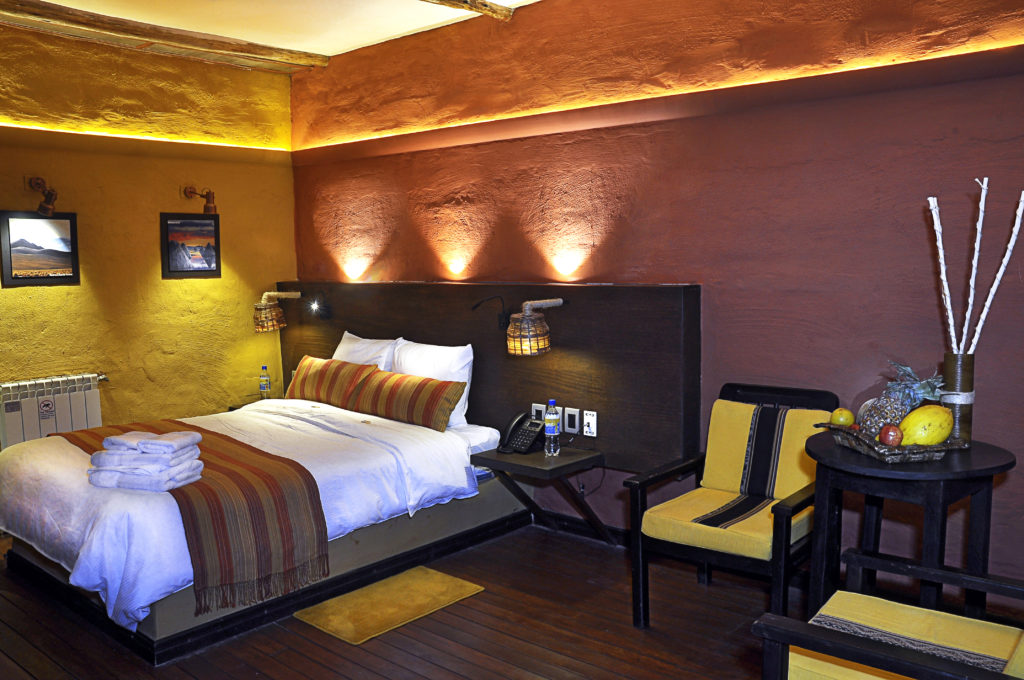 Potosí is a unique Bolivian city, its history is rich in remarkable events, not only for Bolivia but also of the world. Potosí once was the most crowded city of the world, Potosi has a variety of symbolic buildings like “La Casa de la Moneda”, considered a representative museum built of rock and cedar wood, which covers 7.570 m2. In the entrance courtyard rests a mask relic from 1868, named ‘’El Mascarón’’. Inside the museum you can see paintings, sculptures, numismatic collections, folklore, and objects related to the Spanish colony.

After the visit, you will return to your hotel.

Day 7 begins at about 09.30hrs in the morning. The first place in the itinerary will be the Train Cemetery where you will be able to see the remains of very old wagons and trains from the early 90’s and the beginning of the 20th century. Later you will have the opportunity to visit the Hand-made Salt factories; in addition, the surroundings will offer you traditional handicrafts made exclusively of salt.

The largest salt flat of the world with its 10582 km2, offers one of the most incredible views that you can imagine. Besides, on the road spread along the salt flats you will see natural breathing conductors name “Ojos de Sal”. At midday, take a visit to Incahuasi Island. This island sits on the middle of the salt flats coated with the ancient Cactus and a rare ecosystem that has survived the time pass. In the afternoon you will contemplate the sunset in the middle of the salt lake, and afterwards go back to your hotel.

Early in the morning of Day 8, you will be picked up from the hotel. You will drive down to Tunupa Volcano to start a distressed trekking uphill this volcano until a viewpoint to observe the magnificent “Salar de Uyuni”. Later we will visit the community Chantani where rest a number of “Chullpares” which are pre Hispanic mommies remains. You will end the day looking the sunset in the middle of the salt flat, then will be driven back to the hotel. 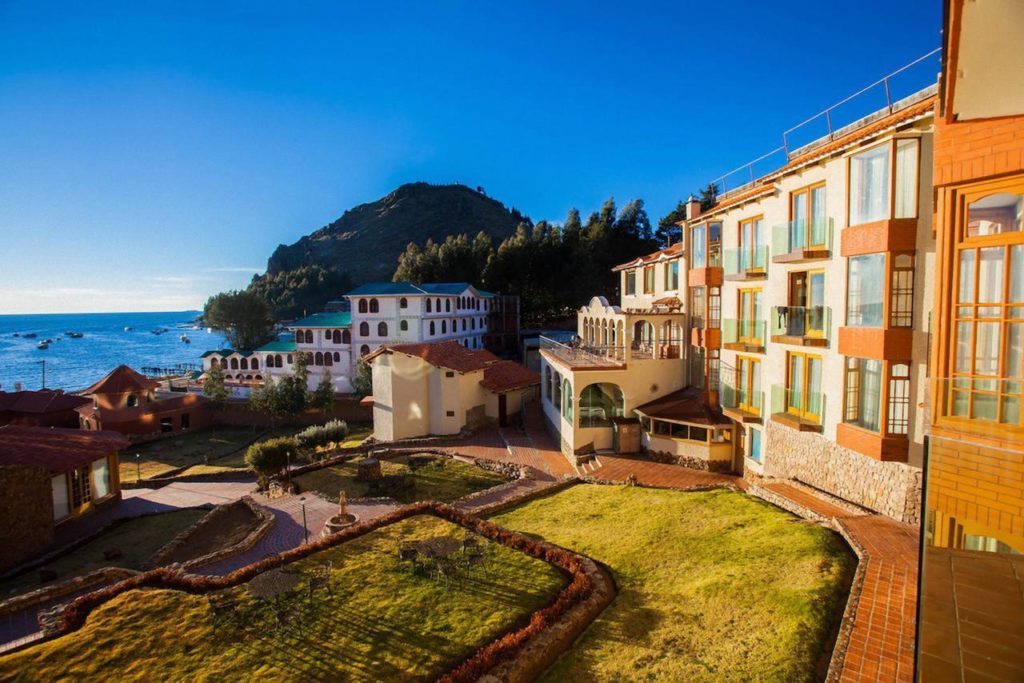 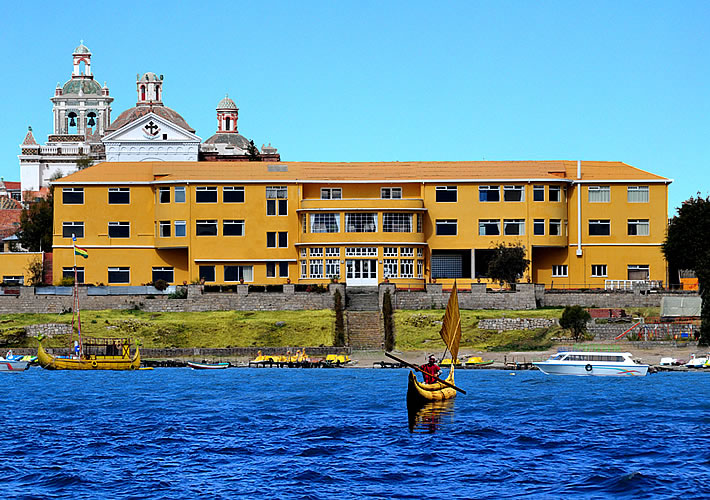 Begin the day with a private transfer from your hotel to Joya Andina Airport, and then a domestic flight to El Alto International – not included in price.

Upon arrival at El Alto International Airport, take a private transfer to your selected hotel in La Paz. Please be aware of the sign with your name on it. Private transportation from La Paz to Copacabana.

A stop is made at Tiwanaku, where you will visit the archaeological site of the ancient city. This is sure to be an exciting experience for your family. Your guide will show you the remains and explain the history of this mysterious place. Founded around 1500 BC, Tiwanaku became the capital of a massive empire that lasted almost thousand years, developing into a sophisticated urban ceremonial complex that at its peak was home to some fifty thousand people whose great pyramids and opulent palaces were painted in bright colours and inlaid with gold. The city was in many ways the cradle of Andean civilization, making an enormous cultural impact throughout the region and providing the fundamental inspiration for the better-known Inca empire.

Entrance to Tiwanaku is included.

Drop off at your hotel for the night. 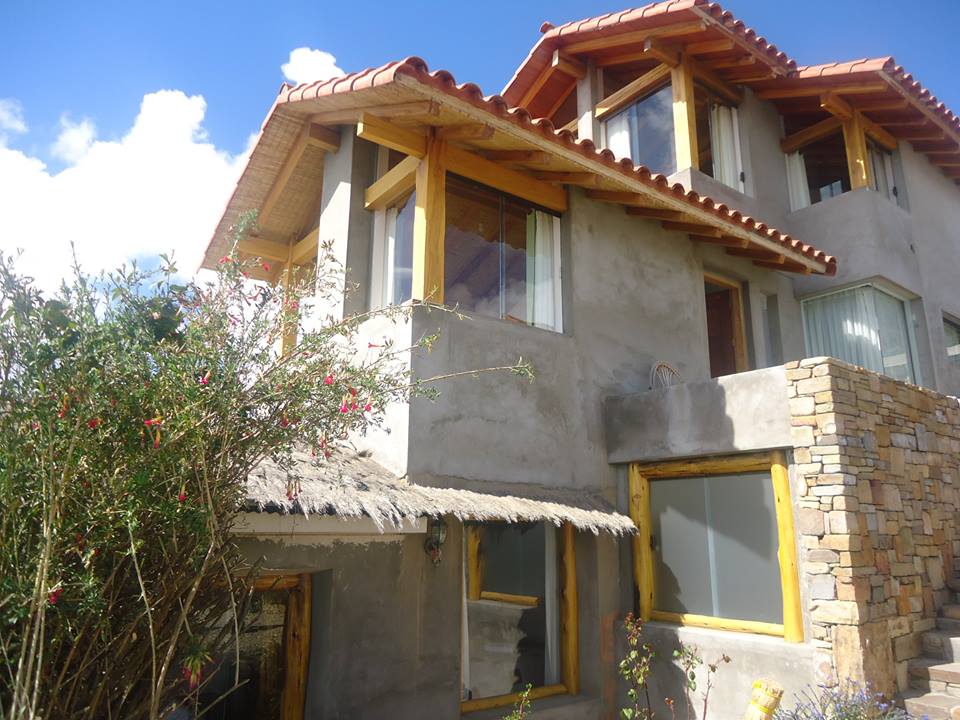 This day commences with a 2 day excursion exploring the beauty of Copacabana. Travel Titicaca Lake’s shore, a perfect family experience. Board the boat and start the trip to the Sun Island (where Inca’s empire was born). Crossing the lake for approximately an hour and a half until arriving to the South part of the Island of the Sun, place where you visit the Archaeological remains of “Pilkokaina” Temple of the Inca, a religious centre.

Later, on a small walk, you will be able to become purified, taking some sacred water. It is believed that this source is the eternal youth’s source, and you will also enjoy the beauty of that Incan garden. You will then continue on for dinner if you are stopping in the luxury hotel, and then stay the night.

For the penultimate day of your family holiday, wind down by travelling through the beautiful region Copacabana and Sun Island. After breakfast, you will return to Copacabana on the boat in about 2 hours of travel. Upon arriving in Copacabana you will visit the Brown Virgin’s Sanctuary, where the parishioners go to ask fortune and have to sell their properties and the local fair of Copacabana.

Enjoy a lovely lunch at La Cupula and following this, a private transfer will take you to La Paz where you will stay your last night.

For your final day, a private transfer will take you from your hotel to El Alto International Airport. 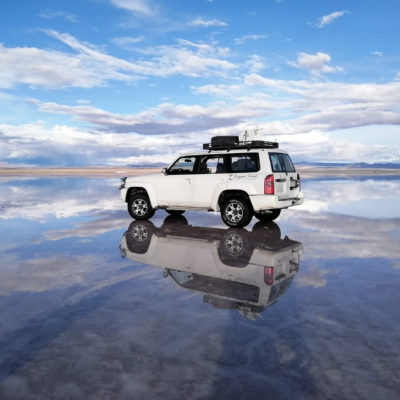 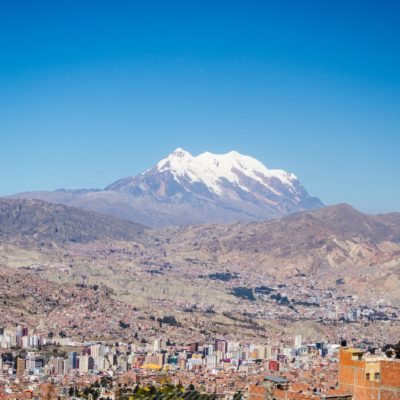