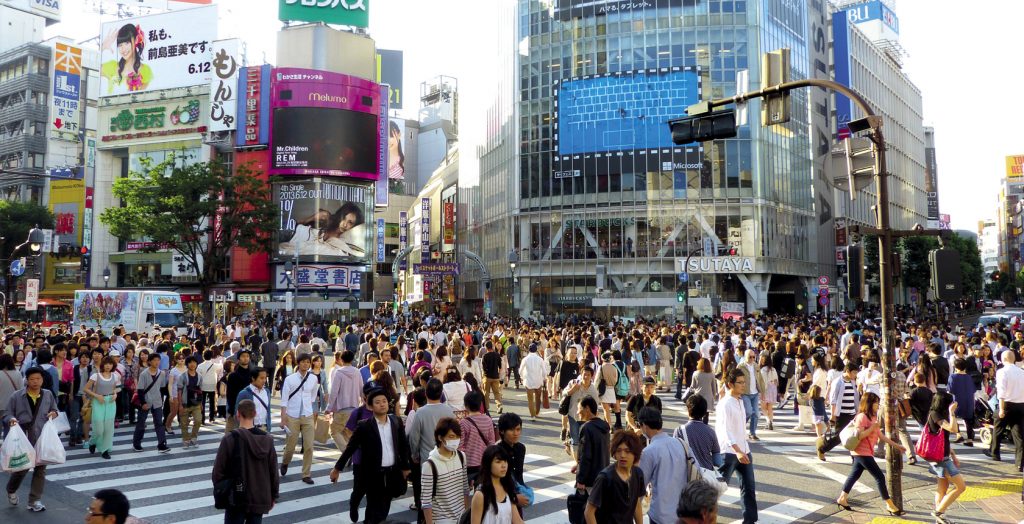 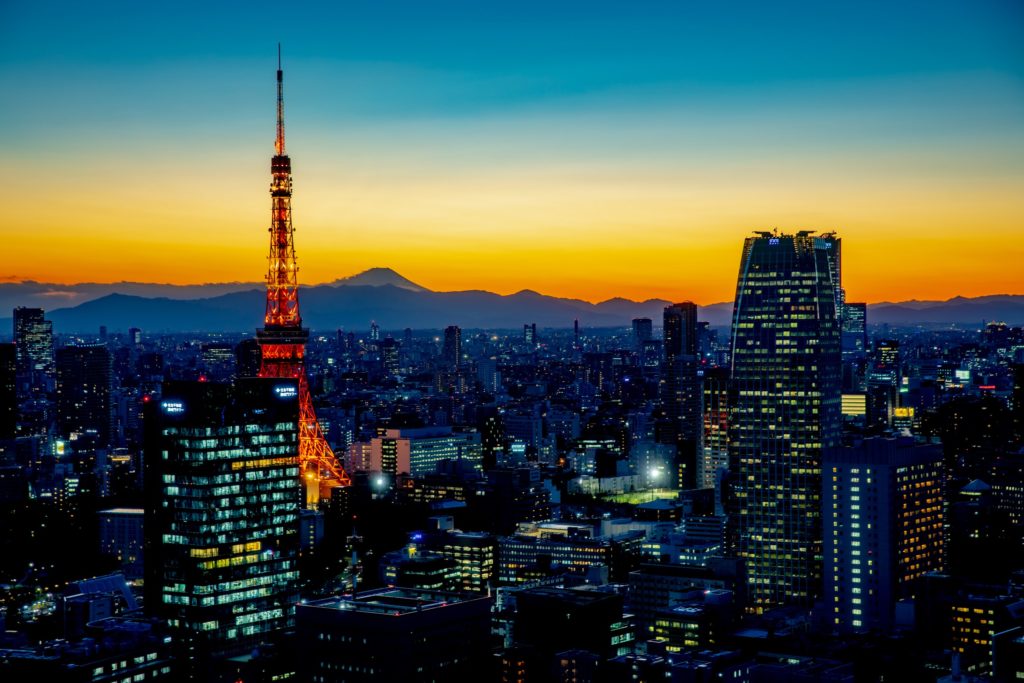 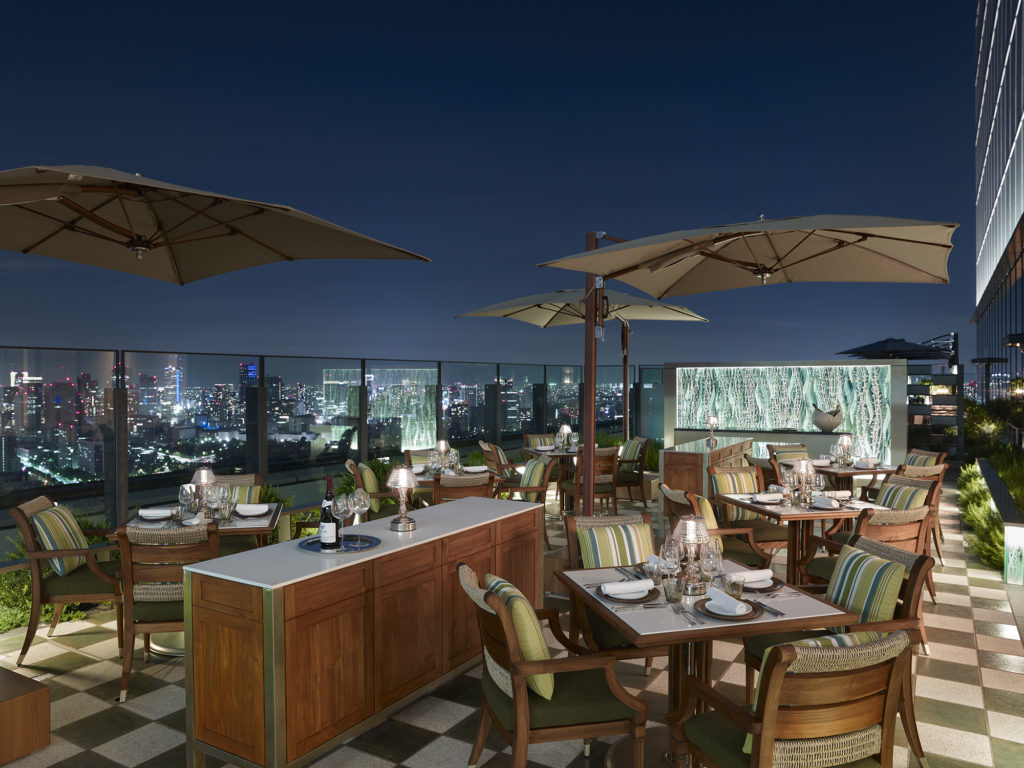 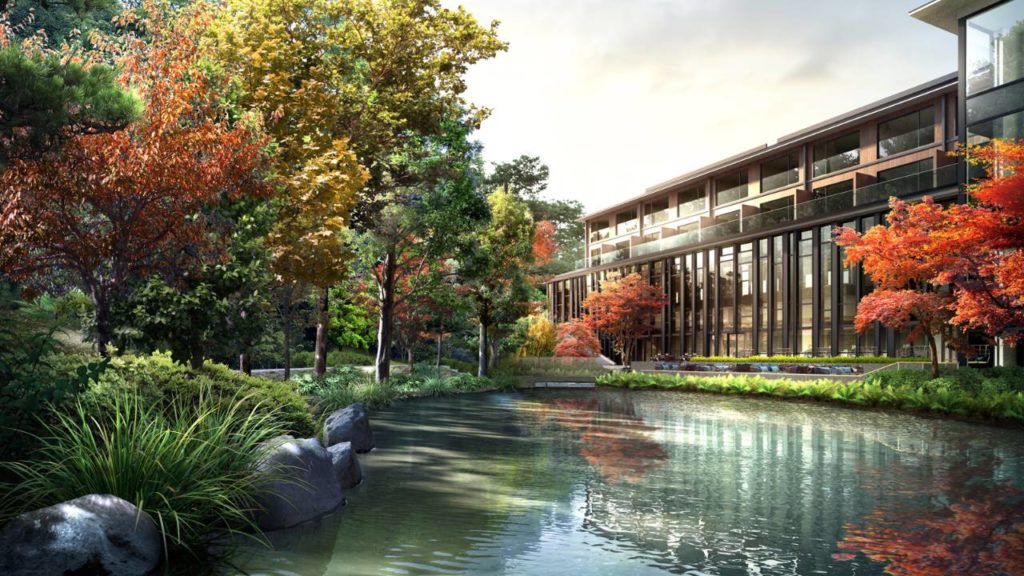 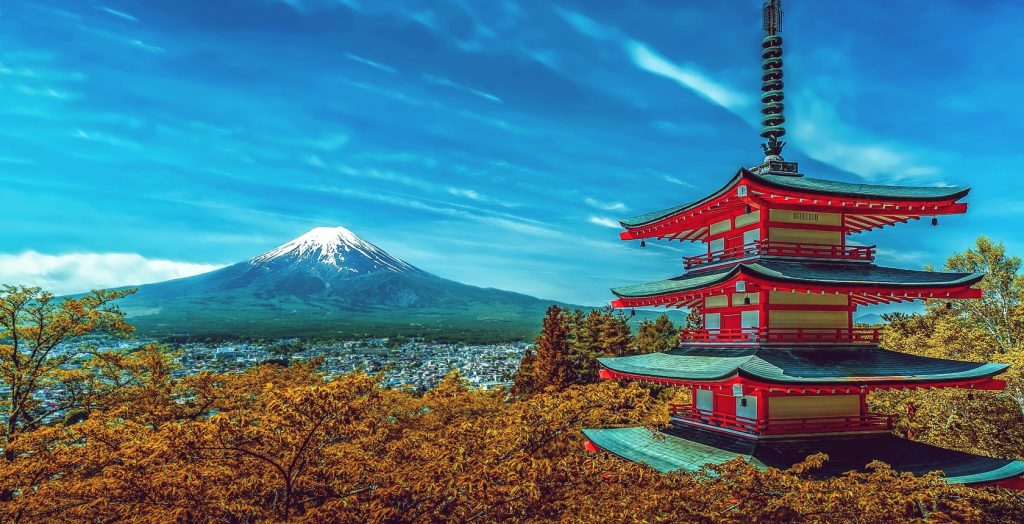 Immerse yourself in an authentic exploration of the mystical Japan, as you and your partner spend your Honeymoon discovering a must-see country while creating unforgettable experiences together. Start in the Tokyo metropolis, where it’s said there’s a restaurant for every twelve people, before travelling to Kyoto where you will explore the World Heritage sites, as well as the hillside enclave of Arashiyama. Stroll through the mystical Nara deer park – particularly beautiful in cherry blossom and autumn leaf season – with Todai-ji temple at its heart, before catching a flight down to the Okinawan archipelago for a week’s island-hopping on the southernmost Iriomote group. While in this region spend a portion of your trip relaxing away from group excursions with your partner, dedicating a balanced honeymoon between cultural discover and intimate time together.

In your Honeymoon adventure with your partner, explore some of the best regions situated throughout all of Japan.

The world’s most populous city, Tokyo truly takes a lifetime to explore. From densely populated skyscrapers to historic shrines set amidst large parkland, from bustling streets screaming with colour to tranquil neighbourhoods with small town charm, the Japanese capital manages to combine seemingly opposing worlds into one fascinating metropolis. Conveniently connected by its vast underground system, Tokyo will take you on a trip from the past into the future. Flee the city boundaries of the vibrant capital to encounter nature’s elements intertwined with long lasting traditions and beliefs. Head to the mountain town of Hakone to enjoy majestic views of Mount Fuji rising behind Lake Ashi – avid hikers can summit the peak of the iconic volcano too. Venture deeper into Tokyo’s surrounding mountains to find examples of centuries-old Buddhist and Shinto worship, or jaunt to the seaside to uncover historic towns, island hot springs and jagged coastal cliffs.

As cultural treasures abound, the ancient capital of Kyoto truly deserves its title as Japan’s spiritual heart. From enigmatic temples and Zen gardens to traditional wooden architecture, outstanding cuisine and excellent crafts – this is the place to get fully immersed into Japanese culture. Slowly emerging from its vaunted neighbour’s shadow, Osaka, once an old merchant town, has established itself as a vibrant and welcoming city with an easy-going vibe and some of the country’s best food.

Further on, lies Okinawa and a cluster of subtropical isles and home to some of Asia’s best beaches. 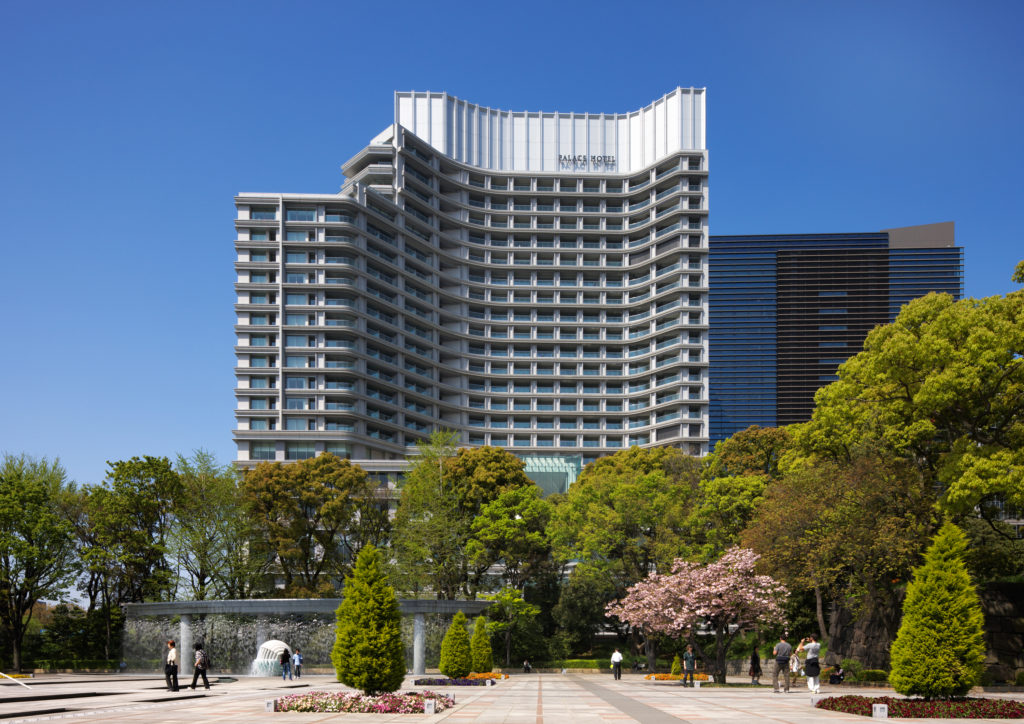 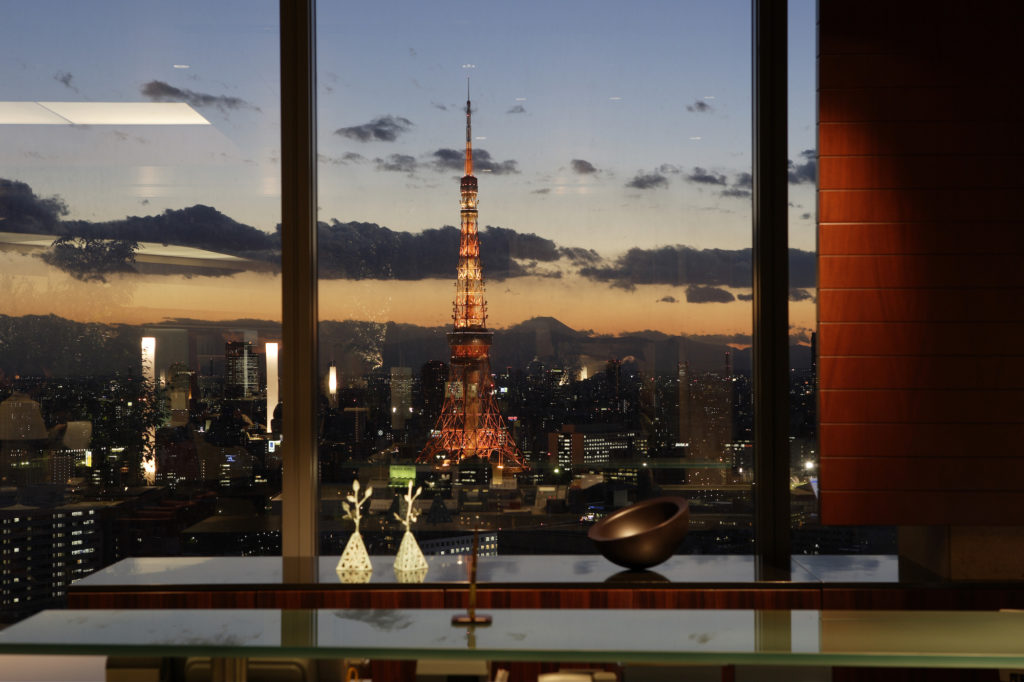 Upon your arrival at Narita International Airport, meet a representative outside the arrival hall – they will be holding a sign with your name. From here  a convenient, hassle-free shared shuttle transfer to your hotel.

Meet with a guide at your hotel, before hopping on public transit to Meiji Shrine, the first stop of this adventurous day. Dedicated to the deified spirits of the former Emperor and his wife, Meiji Shrine is one of the most famous Shinto shrines in Japan. Enter through the twelve-metre high Torii gate into the tranquil grounds, where you are required to wash your hands as per Shinto ritual of cleansing before entering a sacred space. Observe Shinto rituals and prayers as you wander through the area.

Dive headfirst into the pulsating centre of Tokyo’s youth culture, exploring some of the city’s latest trends and fashions as you head to Shibuya, one of the most famous shopping locations in all of Tokyo. This district is teeming with funky and subversive fashion, as well as some of the best entertainment in town. Take in the hectic pace of Tokyo as you attempt to cross the world famous ‘scramble’ crossroad. Visit Kokyo Gaien, a plaza gardens located outside the Imperial Palace. Once home to the Imperial Japanese family, this classic Japanese castle is surrounded by a moat and requires visitors to cross the Seimon Ishibashi bridge to reach the main gate of the palace.

After this, head to Asakusa District where you will discover the quiet side streets of this traditionally styled district, a stark contrast to the ultra-modern bustle of Tokyo’s reputation.

Once an entertainment district in the Edo period, the charming district inhabits a myriad of quaint shops and restaurants, not to mention the oldest temple in the city, Sensoji. Enter the Seventh Century Buddhist temple, as you pass through the Thunder Gate which is indicated by a massive red lantern. Embrace the serene atmosphere of the temple and be sure to look up at the phenomenal ceiling murals. Continue the tour along Nakamise Street, a centuries old souvenir street containing over ninety shop stalls. Participate in some shopping to find that perfect souvenir or alternatively pick up a local delicacy at one of the many food stalls.

Finally, conclude your day with an incredible panoramic view of the city, at the Tokyo Skytree. The height of the Tokyo Skytree was originally specified at approximately 610 metres tall in the original project, it was finally decided on 634 metres to become the tallest free-standing broadcasting tower in the world. Take in the landscape of the city you’ve gotten to explore, before heading back to your hotel.

Spend the next day in Tokyo at your own leisure. 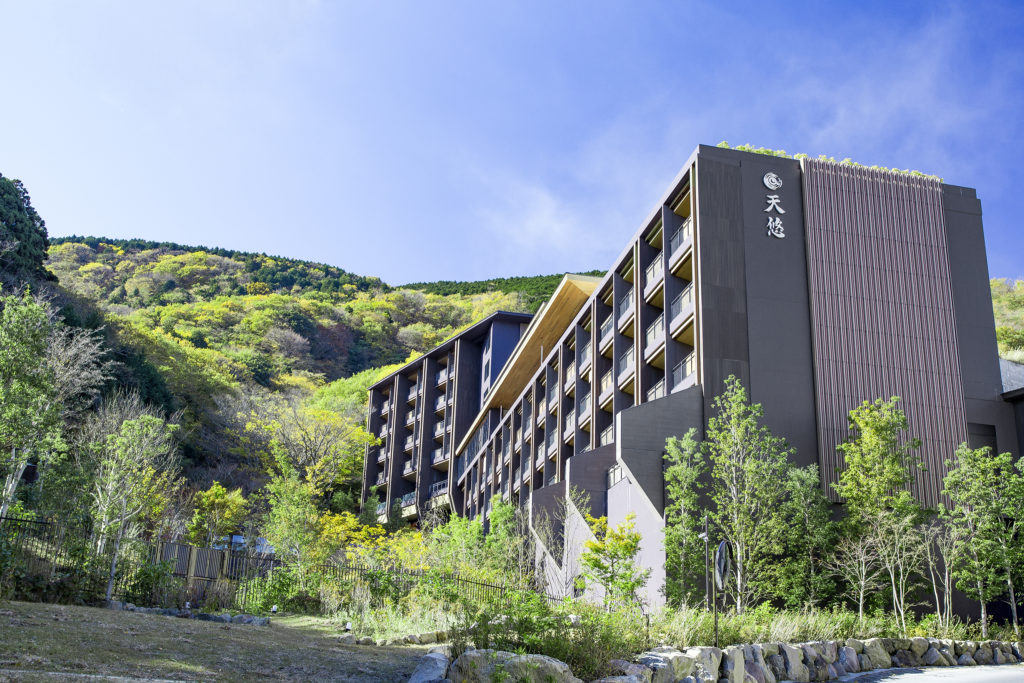 Take a thirty-minute bullet train to Odawara, the gateway to Hakone and Mt Fuji National Park. Explore the area at your leisure with the included transport pass, before delighting in a luxurious kaiseki traditional dinner at your accommodation this evening. 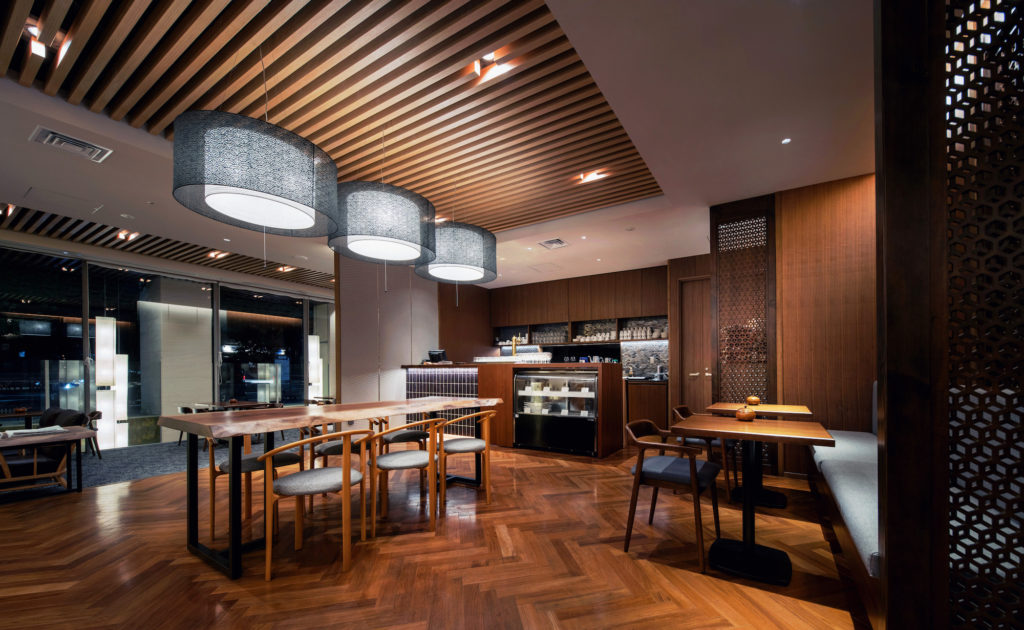 Catch an additional bullet train from Odawara to Kyoto today, which is just over a two hour journey in total. Please refer to the tickets provided for details of the train schedule and your seat reservations.

Once in Kyoto, participate in a sushi-making class accompanied by a smaller group and a highly trained host chef. Delight in your culinary creations, before heading back to your hotel and relaxing for an experience filled following day in Kyoto.

Meet your guide and use the included transport passes to take the JR Sagano line to the Arashiyama area, a district located at the base of the Western mountains and one of Kyoto’s most popular sightseeing districts. Begin your day visiting Tenryu-ji Temple Garden, ranked first of the Five Great Zen Temples in Kyoto. Delight in the garden’s fine blend of aristocratic tradition and Zen culture, displaying the beauty of the four seasons throughout its design.

From here head to Daikaku-ji Temple. Once the site of an Imperial villa, the site was converted into a temple in 876 CE. Surrounded by one of the oldest artificial lakes in Japan, the manmade architecture of the site reveals the historical richness of the property which has been occupied by several emperors throughout the years. Then, move on to Kinkaku-ji and Ginkaku-ji, arguably the most popular temples in all of Kyoto. Kinkaku-ji is alternatively known as the famed ‘Golden Pavilion’, rising above its reflecting pond like an apparition. Ginkaku-ji Temple has magnificent halls and gardens, with a tremendous viewpoint over the entire temple compound.

Spend the rest of your day at your own leisure.

This morning hop on a short train ride to the UNESCO World Heritage Site of Nara accompanied by a guide. For seventy-four years during the 8th century, Nara was Japan’s first capital, and became centre of power. With great prosperity it became the face of Japanese culture and politics, ushering in a grand number of changes. Therefore, Nara is home to some of the most impressive and ancient historical landmarks in the whole of Japan.

Start off your adventure in this historic area at the jaw-dropping Todaiji Temple, the world’s largest wooden building. Take in the stunning complex grounds, as you gaze upon this impressive structure. Enter the enormous wooden gateway, towering over twenty-five meters high and fashioned from eight-hundreds year old trees, passing the guardian king statues that protect the structure as you enter. Inside the temple witness the world’s largest bronze Buddha statue enveloped in a golden halo, a wondrous sight for those interested in the influence of Buddhism in the East.

Next, head to Nara’s most celebrated shrine, the bright and beautiful Kasuga Taisha. This grand Shinto shrine was established in 768 CE, when four deities were invited to live here. Kasuga Taisha is not only ancient, but architecturally stunning with bright vermillion buildings and halls surrounded by Nara’s beautiful woods. Be sure to walk through the hallways which house hundreds of bronze and stone lanterns donated by worshipers over the centuries.

Before returning to Kyoto, take a wander through the wondrous Nara Park. One of the oldest parks in Japan is home to over a thousand tamed yet wild deer freely roam its grounds. Considered in Shintoism to be sacred messengers of the gods, the deer are still protected as national treasures. Stroll through “deer park” as the locals call it, as you take in the quaint yet ancient charm of the grounds.

Returning to Kyoto, make a stop at the brilliant and impressive Fushimi Inari Shrine. Once at the shrine, hike up the nearby mountain passing through thousands of torii gates. There are over ten thousand in total, donated since the Edo period as wishes or in gratitude to the deities. If time allows, walk up to Yotsutsuji intersection to enjoy the panoramic view of Kyoto, before descending the mountain and returning to your hotel.

Meet a representative at the lobby of your hotel, pick-up time will be confirmed beforehand. Enjoy a convenient, hassle-free private transfer in a comfortable air-conditioned vehicle to Kansai International Airport. Once there catch a two-and-a-half-hour flight from Osaka Kansai to Okinawa main island, then make your own way to your accommodation once on the island.

The next day, meet your English-speaking guide at the hotel and set out by taxi to explore the markets and unique cuisine of Okinawa. Drawing on recipes that go back to the days when Okinawa was called the Ryukyu kingdom, learn how to make various dishes in a private class with your guide acting as translator for your chef host. Delight in these authentic creations, before spending your final evening on in the region at your own leisure.

Take a short flight to Ishigaki island, located southwards on the edge of the tropics. A rental car hire on Ishigaki is included for the duration of your stay on the island*.

Explore the island at your own leisure.

* Please make sure you apply for an International Driving Permit in advance and present it to the Toyota office staff along with your regular driving licence and your passport.

Delight in the evening’s sunset cruise accompanied by a barbecue, drinks, live music and the use of fishing equipment. It is ideal for keen photographers, romantic couples or any traveller who values being able to relax in such a fine setting. The cruise takes about two hours in which you will typically be able to relax on board and admire the sight of the Yaeyama islands silhouetted against the setting sun. The cruise commences at 18:00 in the summer months (April to September) and at 17:45 in the winter, (October to March). The cruise ends about 20:00 at which point you will return to shore and be transported back to your hotel/pick up point.

You are allowed to bring your own drinks on board.

The next day explore scenic Ishigaki at your own leisure.

Take a fifteen-minute ferry across from Ishigaki to Taketomi today using the tickets provided. You are at you own leisure on this tiny, traditional island where the main form of public transport is a water-buffalo powered cart! For the next three days explore the island or relax and bask in the last days of an unforgettable honeymoon.

On the last day, take a flight from Ishigaki to Okinawa Naha today, then on to Osaka Kansai or Tokyo Haneda to connect with your homeward flight.