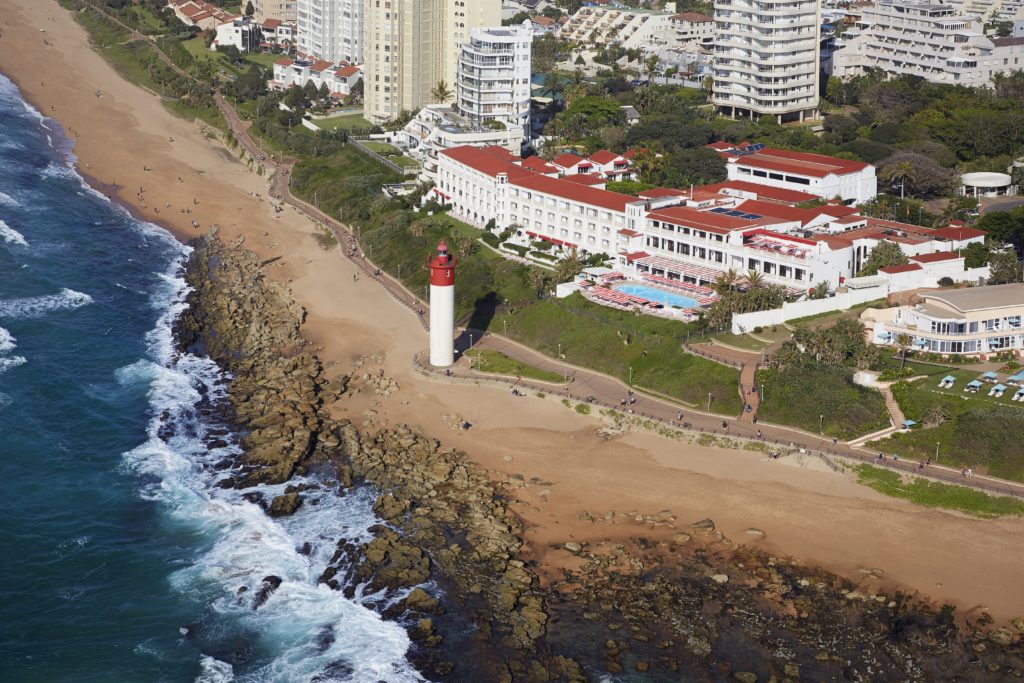 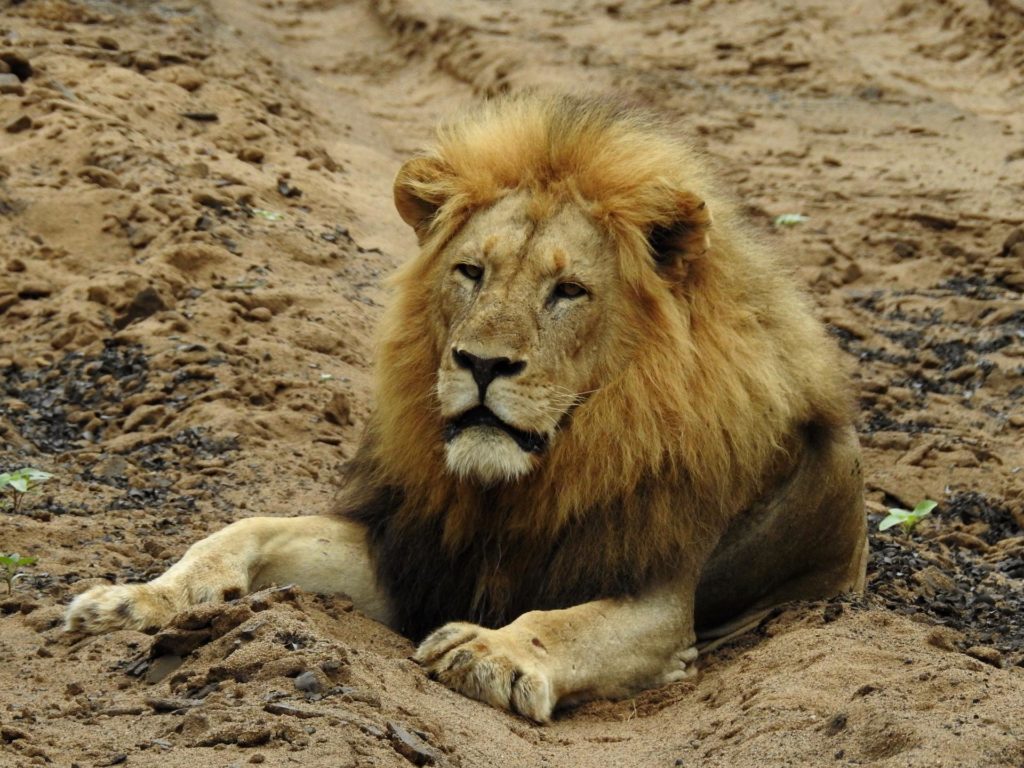 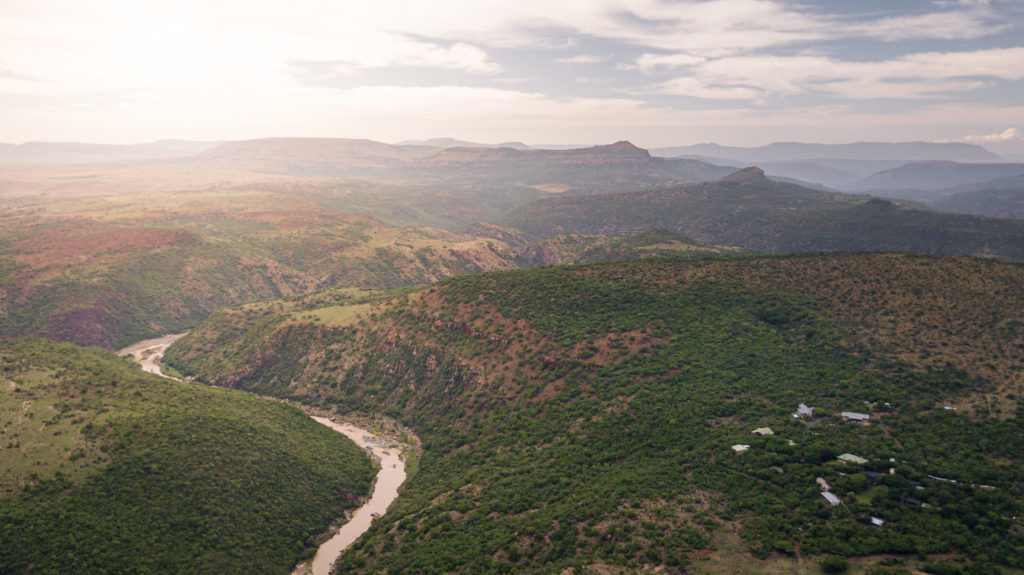 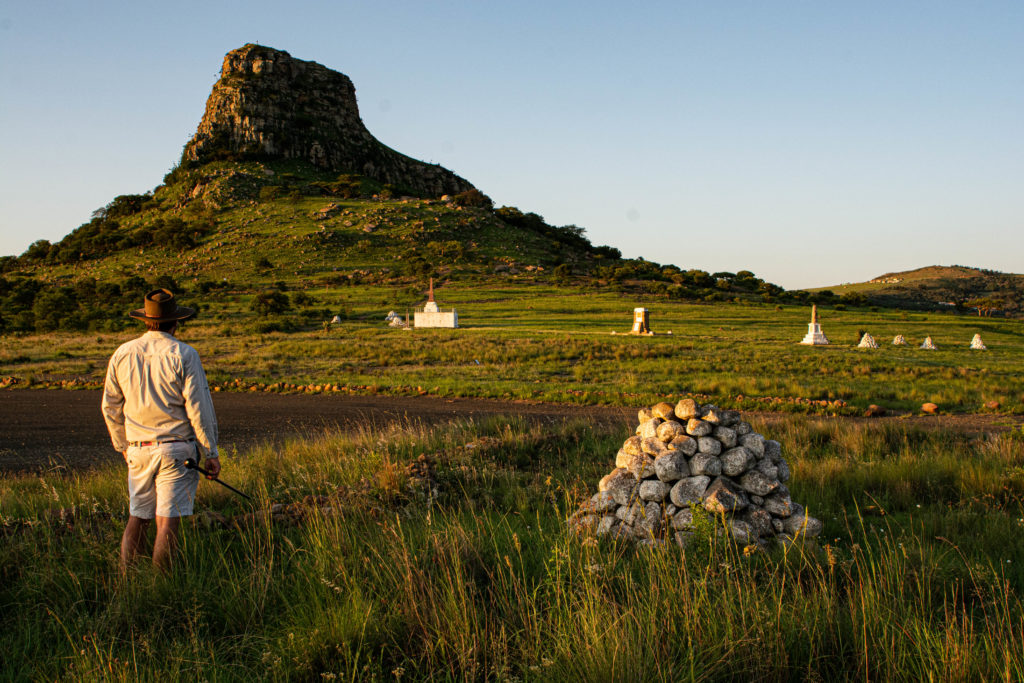 This vast country is undoubtedly one of the most culturally and geographically diverse places on earth. Fondly known by locals as the ‘Rainbow Nation’, South Africa has 11 official languages and its multicultural inhabitants are influenced by a fascinating mix of cultures. Why not explore the Zululand battlefields of KwaZulu-Natal or browse the bustling Indian markets in Durban. Above all else, South Africa includes remarkably untamed wilderness and has an astonishing range of wildlife roaming freely across massive game reserves, such as Hluhluwe-iMfolozi Park. With all of this variety on offer, it is little wonder that South Africa has fast become Africa’s most popular tourist destination.

Umhlanga is an affluent residential, commercial and resort town north of Durban on the coast of KwaZulu-Natal, South Africa. It is part of the eThekwini Metropolitan Municipality, created in 2000, which includes the greater Durban area. The name means “place of reeds” in the Zulu language, and the correct pronunciation of “hl” in Umhlanga is similar to the Welsh “ll”. It is bordered by Durban North to the south and Mt Edgecombe to the west.

It is well known for the Gateway Theatre of Shopping, which is the largest shopping mall in the southern hemisphere. It also has the second tallest skyscraper in South Africa, named Pearl Sky which stands 183 metres high. There are two beaches: Bronze Beach and Main Beach, and Umhlanga is one of the fastest-growing cities in South Africa.

The Drakensberg is the name given to the eastern portion of the Great Escarpment, which encloses the central Southern African plateau. The Great Escarpment reaches its greatest elevation – 2,000 to 3,482 metres (6,562 to 11,424 feet) within the border region of South Africa and Lesotho.

The Drakensberg escarpment stretches for more than 1,000 kilometres (600 miles) from the Eastern Cape Province in the South, then successively forms, in order from south to north, the border between Lesotho and the Eastern Cape and the border between Lesotho and KwaZulu-Natal Province. Thereafter it forms the border between KwaZulu-Natal and the Free State, and next to the border between KwaZulu-Natal and Mpumalanga Province. The escarpment winds north through Mpumalanga, which includes features such as the Blyde River Canyon, Three Rondavels, and God’s Window. It then extends farther north to Hoedspruit in southeastern Limpopo where it is known as ‘Klein Drankensberg’ by the Afrikaners. From Hoedspruit, it extends west to Tzaneen, also in Limpopo Province, where it is known as the Wolkberg Mountains and Iron Crown Mountain. At 2,200 m (7,200 ft) above sea level, the Wolkberg is the highest elevation in Limpopo. The escarpment extends west again and at Mokopane it is known as the Strydpoort Mountains.

The Battle of Rorke’s Drift, also known as the Defence of Rorke’s Drift, was a battle in the Anglo-Zulu War. The successful British defence of the mission station of Rorke’s Drift, under the command of Lieutenants John Chard of the Royal Engineers and Gonville Bromhead, began when a large contingent of Zulu warriors broke off from their main force during the final hour of the British defeat at the day-long Battle of Isandlwana on 22 January 1879, diverting 6 miles (9.7 km) to attack Rorke’s Drift later that day and continuing into the following day.

Just over 150 British and colonial troops defended the station against attacks by 3,000 to 4,000 Zulu warriors. The massive but piecemeal attacks by the Zulu on Rorke’s Drift came very close to defeating the much smaller garrison, but were consistently repelled. Eleven Victoria Crosses were awarded to the defenders, along with a number of other decorations and honours.

Hluhluwe is a small town in northern KwaZulu-Natal, South Africa. It is situated between iSimangaliso Wetland Park and Hluhluwe–iMfolozi Park on the banks of the Hluhluwe River. Hluhluwe is situated on the elephant coast, an area known for its national parks, natural diversity and cultural heritage. Although relatively undeveloped, the area is of growing interest to international tourists and travellers.

Timber, sugar and pineapples are extensively grown in the area, which produces over 90% of South Africa’s queen pineapples. Other agricultural crops are sugar cane, sisal, cotton, tomatoes and chillies. Due to traditional settlement patterns and customs, activity is still low in some areas.

Hluhluwe is considered the hub of tourism in KwaZulu-Natal. The Hluhluwe area has an abundance of accommodation facilities, from budget accommodation to five-star safari lodges. Hluhluwe town is a service centre to the surrounding area. The town is named after the thorny rope climber Dalbergia Armata (umHluhluwe in Zulu), which is found among the forest vegetation.

Manyoni Private Game Reserve lies in the heart of Zululand, an area that is world-renowned for its spectacular game viewing, rich cultural traditions, and history of conservation. Initially formed as part of the WWF black rhino range expansion project, Manyoni has become one of the premier big five safari destinations in Kwa-Zulu Natal with a strong focus on endangered species conservation, including the reintroduction of cheetah and wild dogs. Conveniently located only 3 hours from Durban and 6 hours from Johannesburg, Manyoni is home to a range of luxury safari lodges and boasts 23,000 hectares of magnificent Zululand scenery.

The iSimangaliso Wetland Park was listed as South Africa’s first World Heritage Site in December 1999 in recognition of its superlative natural beauty and unique global values.

Since 1 August 2019, the iSimangaliso Wetland Park’s marine protected area (MPA) has expanded significantly, with the result that the World Heritage Site is now 1,328,901ha in extent (marine and terrestrial combined). The Park is South Africa’s second-largest protected area after the Kruger National Park, incorporating the country’s largest MPA – also the only Transfrontier MPA, as it joins Mozambique’s protected waters. 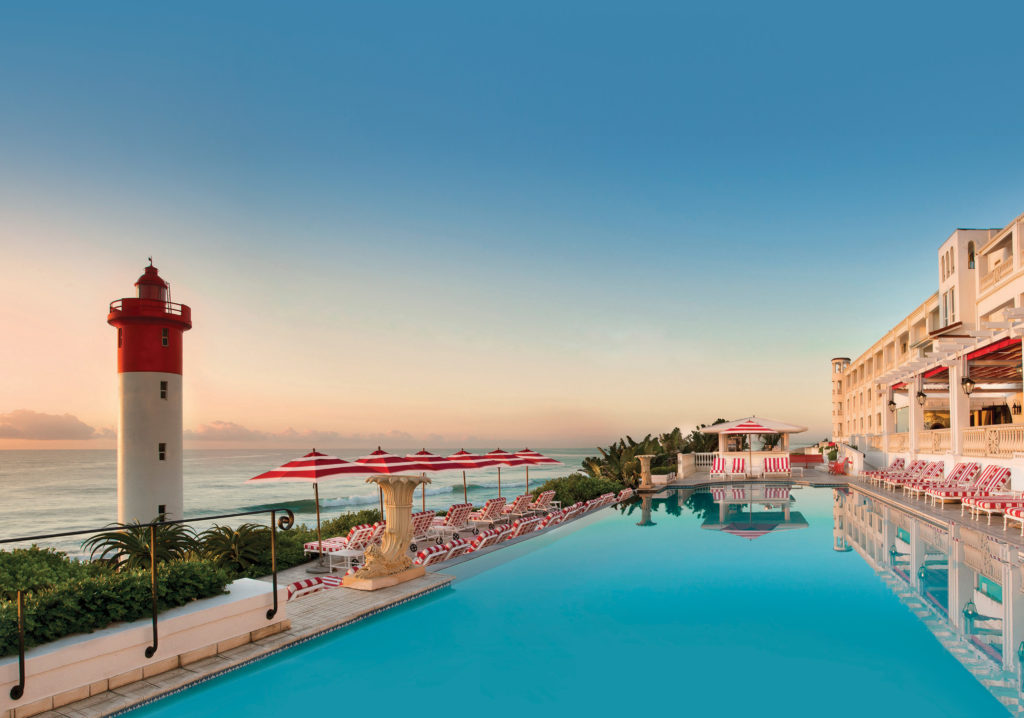 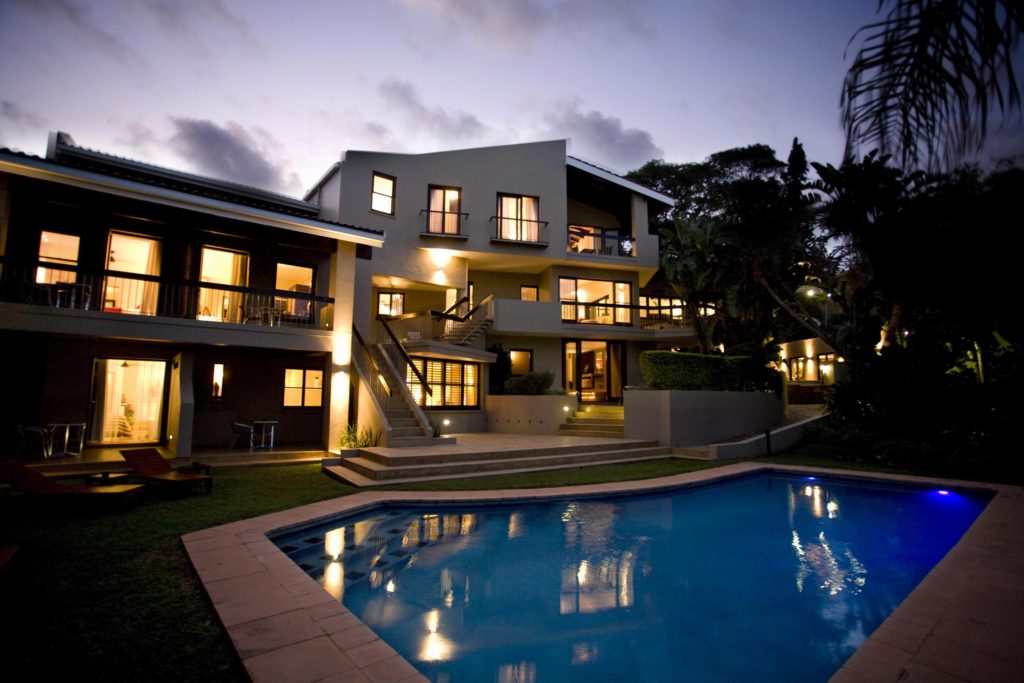 Upon arrival at Durban Airport, you will be met by your private driver and taken to your hotel where you can relax and enjoy gazing at the sunset over the sparkling Indian Ocean. On your second day, you will have a car delivered to your hotel allowing you to explore the local area at your own pace. 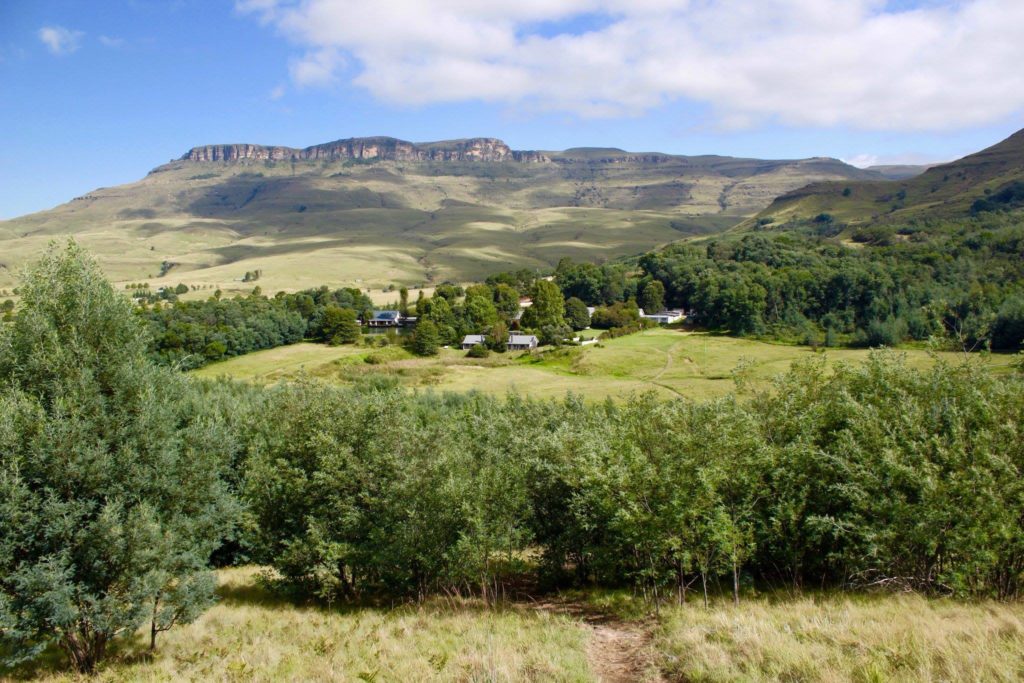 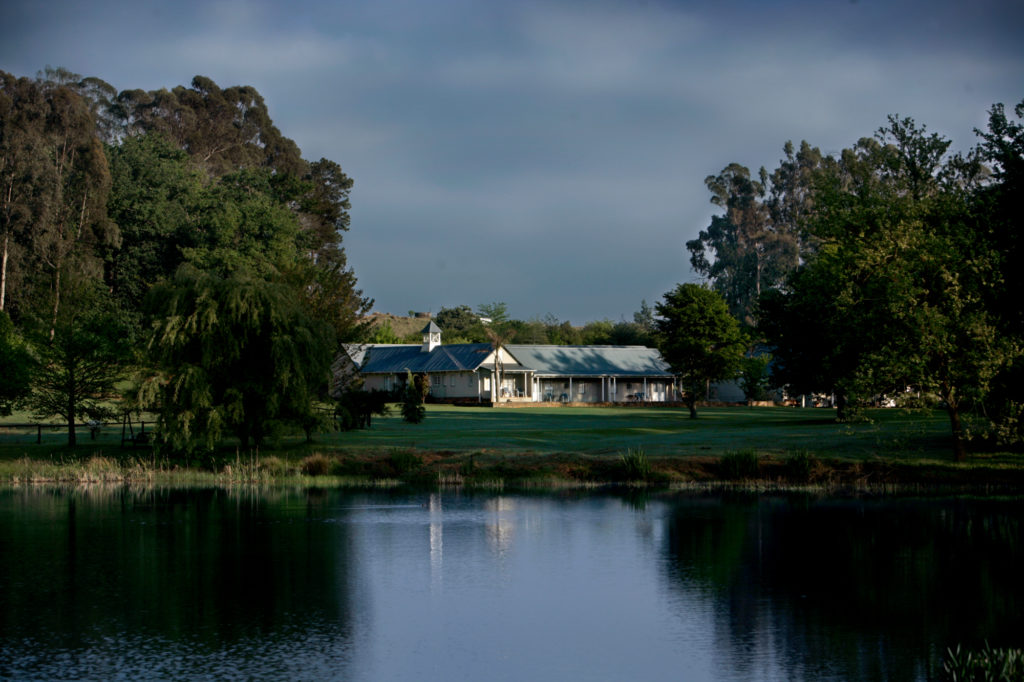 After breakfast, you will drive west towards the stunning Drakensberg Mountains and arrive at your hotel for the next 2 nights. Take time to relax in a spa or hire a bike to explore this beautiful area of the country, before returning to your hotel to feast on the incredible food offered. 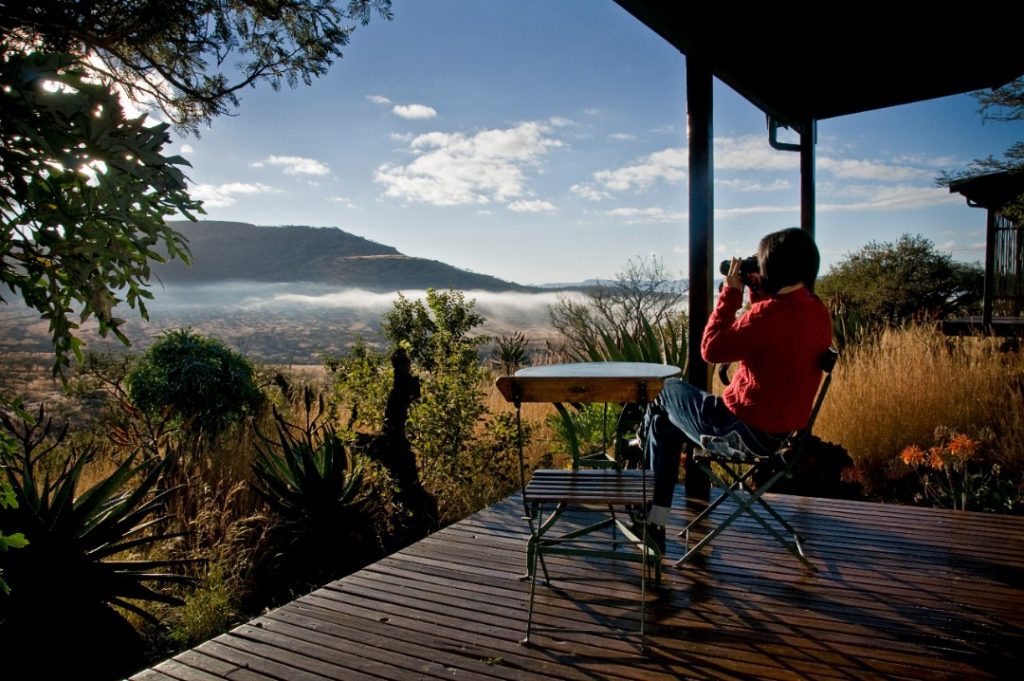 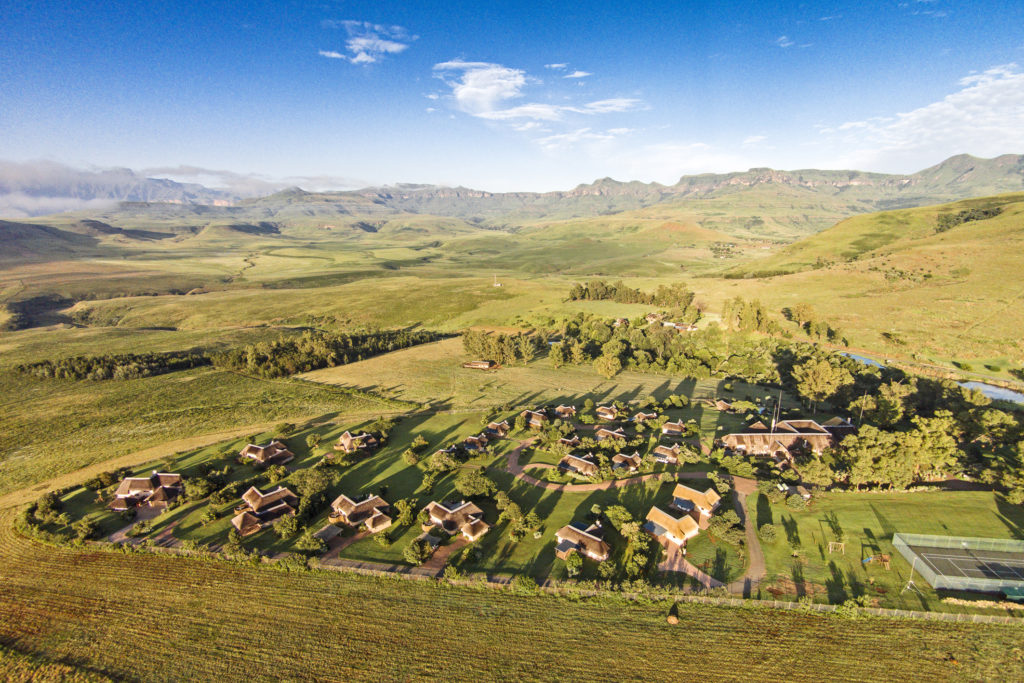 After breakfast head north, with the stunning Drakensberg Mountains to your west, before arriving at your next hotel for the next 2 nights. You will have time to explore the National Park or head towards the Battlefields to learn about the historic and important role this area played in the history of South Africa. 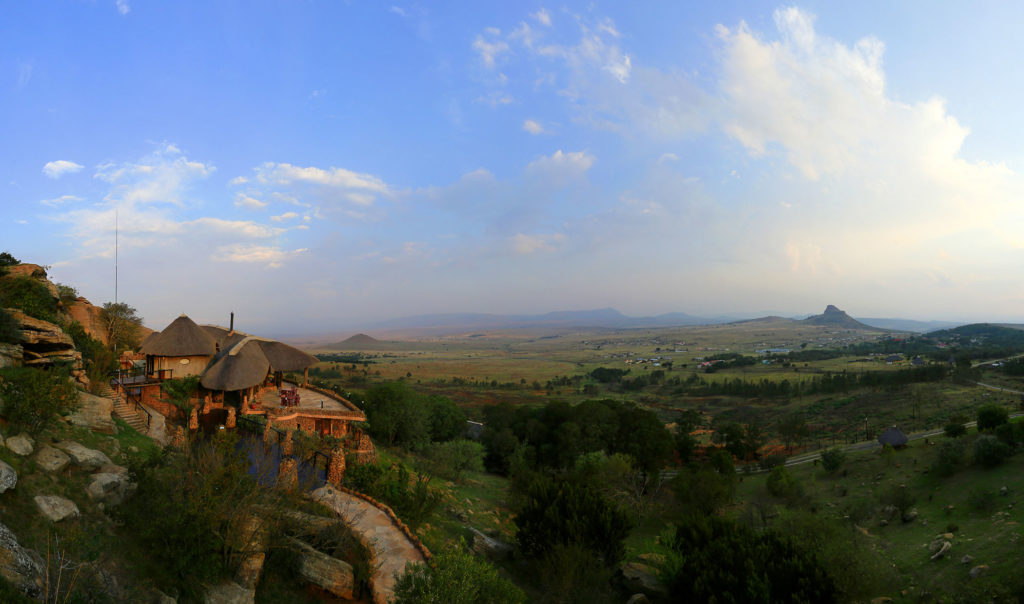 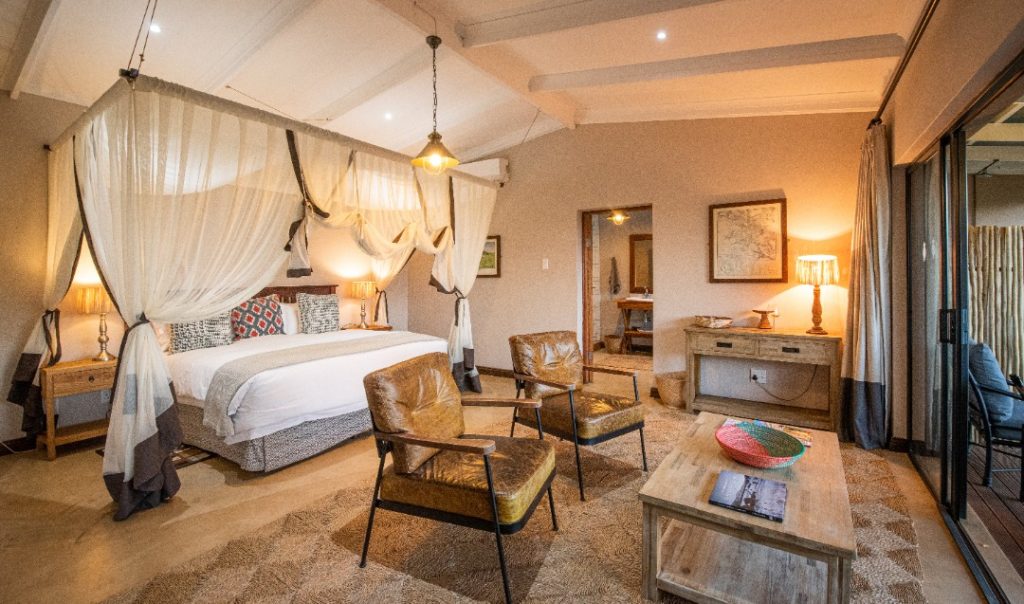 Head east further into the Battlefields area and spend the next 2 nights exploring and learning more about further battles in this part of South Africa, including the famous Rourke’s Drift where 150 British soldiers came up against thousands of Zulu warriors. The beautiful plains provide a stunning view to wake up to each morning and are equally spectacular at sunset which can be experienced from the comfort of your own room. 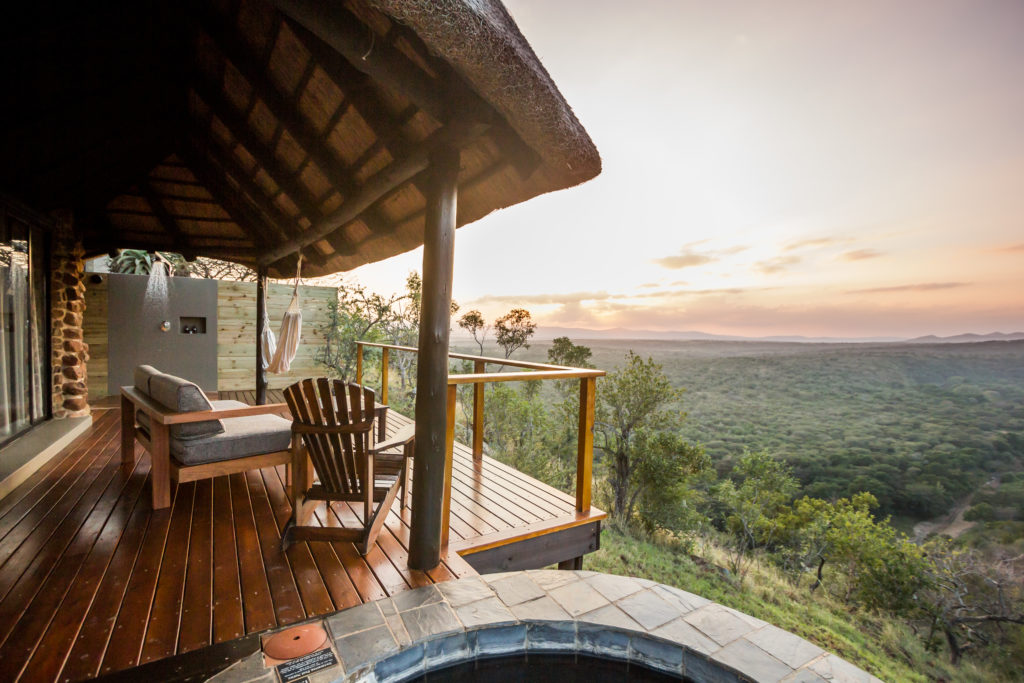 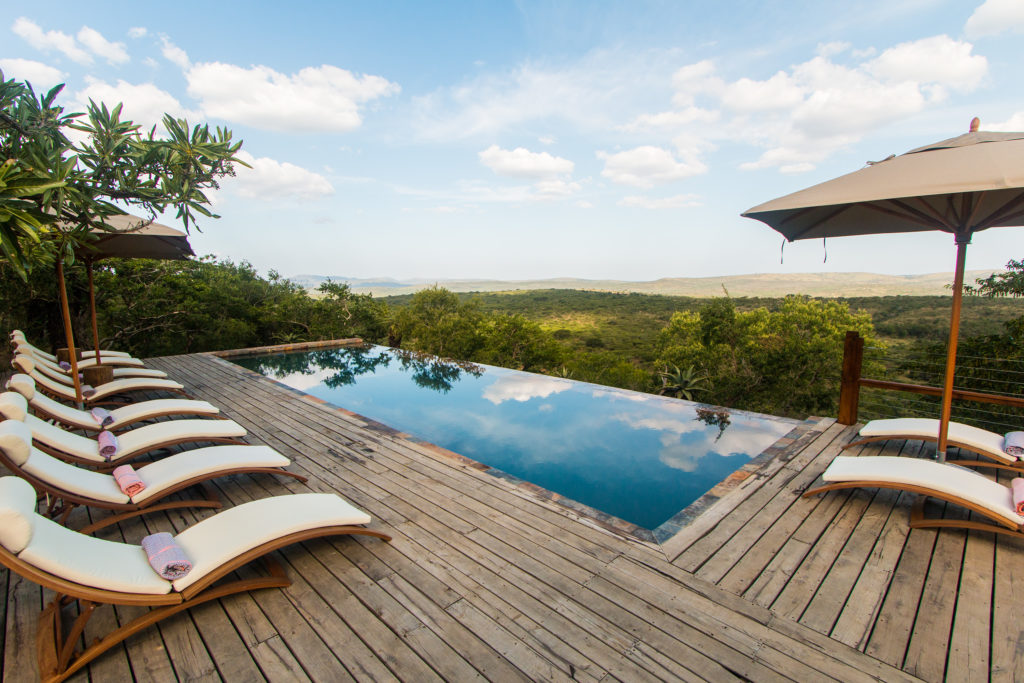 Please note Leopard Mountain is in Manyoni Private Game Reserve, and Rhino Ridge is in Hluhluwe Imfolozi Park which are close to each other. Each day you will have the opportunity to see the ‘Big 5’ in this quieter part of the country, with expert guides who will help to create an unforgettable experience. 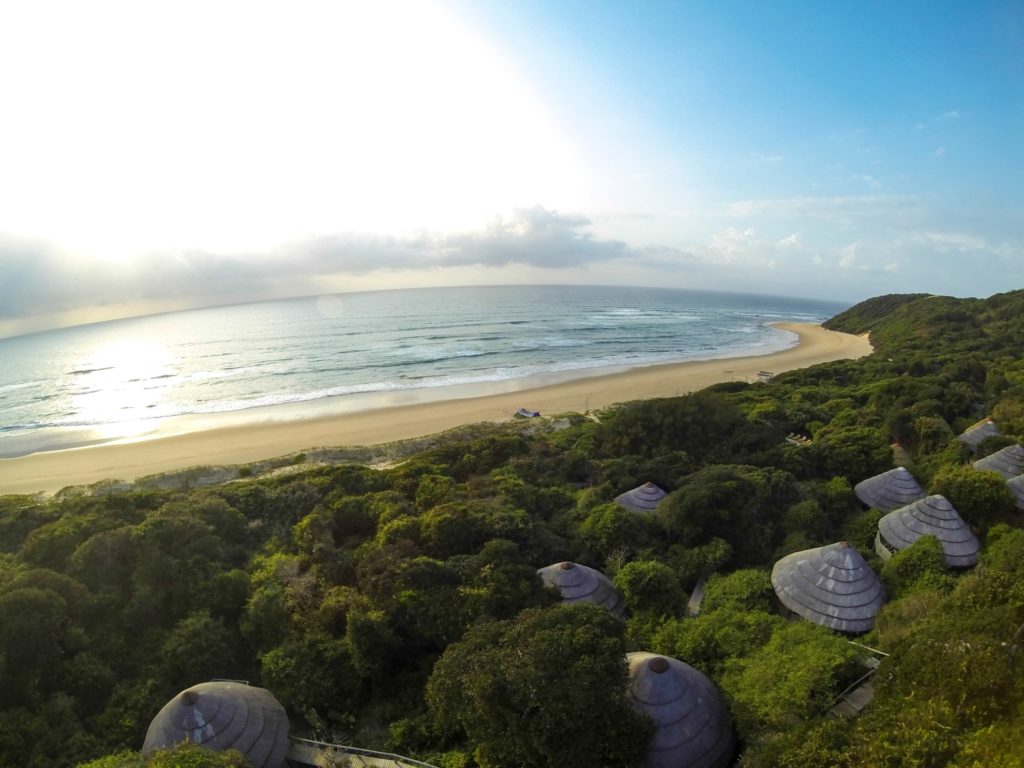 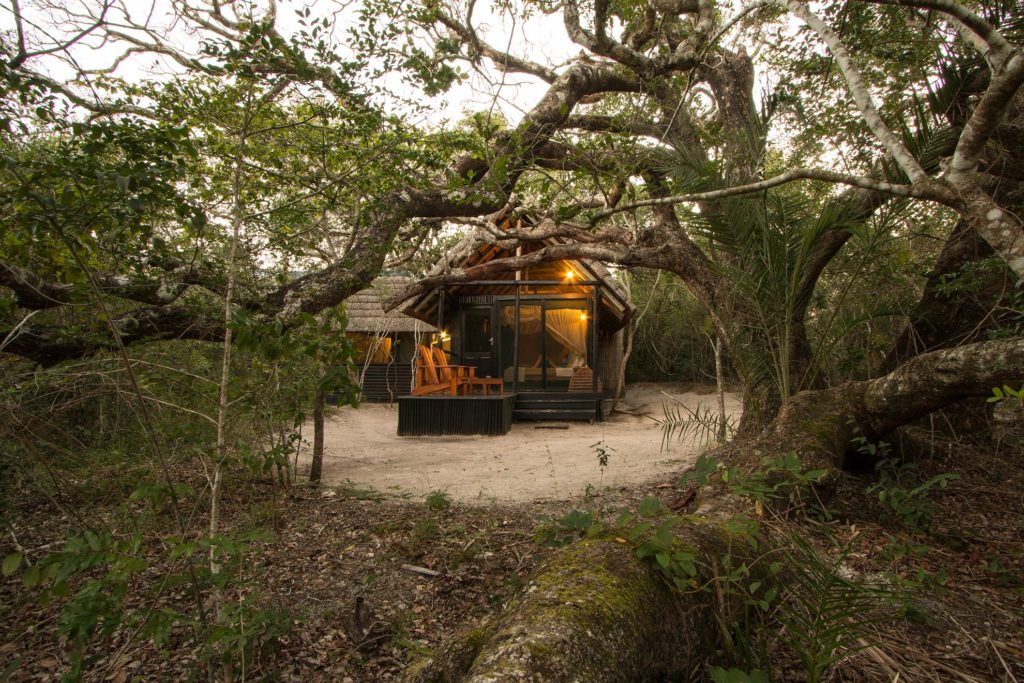 After breakfast drive to Richards Bay Airport and drop off your hire car, before your onward travel arrangements.